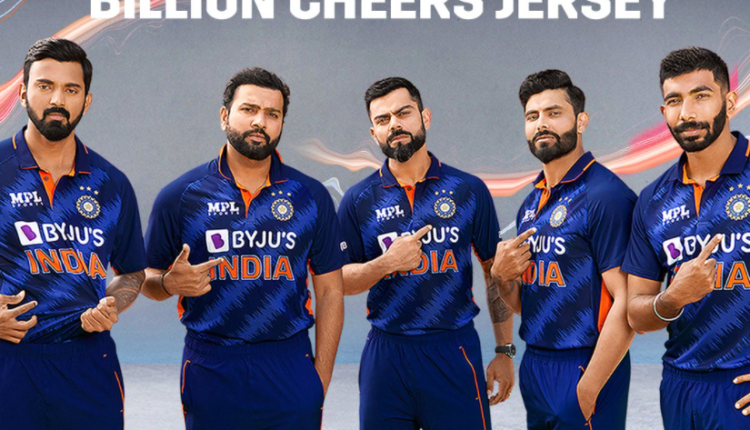 Bhubaneswar/New Delhi: The Board of Control for Cricket in India on Wednesday unveiled the official jerseys that Team India players will wear at the upcoming T20 World Cup.

Compared to previous editions of the iconic blue jersey, the new threads sport a darker shade of blue and according to the BCCI, “the patterns on the jersey are inspired by the billion cheers of the fans.”

The patterns on the jersey are inspired by the billion cheers of the fans.

The BCCI took to their official Twitter handle to unveil the new jerseys. Posing for the camera were skipper Virat Kohli, Rohit Sharma, KL Rahul, Jasprit Bumrah and Ravindra Jadeja.

India will take on England on October 18 in Dubai and Australia on October 20 in Abu Dhabi, in their two warm-up matches ahead of the T20 World Cup.

India, who open their T20 World Cup campaign against arch-rivals Pakistan in a Super 12 match on October 24, will play their two games in the second set of warm-up matches.

A total of 16 warm-up matches will be played between participant teams of the ICC Men’s T20 World Cup 2021.

Student crushed to death while taking selfie in Lakhimpur Kheri