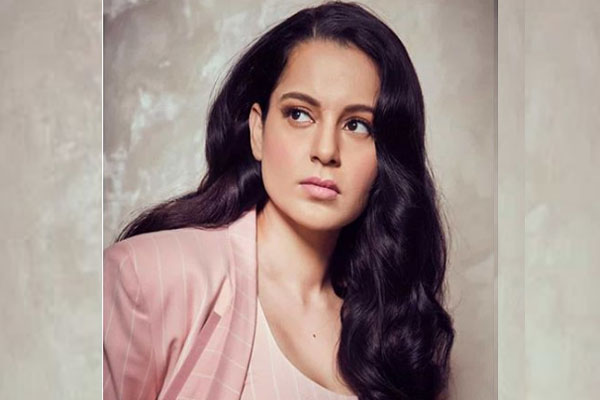 Mumbai: Actress Kangana Ranaut on Tuesday requested the government to take back the Padma Shri honour that has been conferred on filmmaker Karan Johar.

On the actress’s verified account, @KanganaTeam, she re-shared a post related to Johar’s latest production “Gunjan Saxena: The Kargil Girl”.

The tweet was in reference to Flight Lieutenant Srividya Rajan, who was Gunjan Saxena’s course-mate at the Udhampur Airforce base. In the tweet, it was also mentioned that it was not Saxena but Rajan who was the first woman to fly to Kargil, and said that a scene — where a female IAF trainee pilot is asked to arm-wrestle with her male counterpart to prove that she is fit for Air Force — is false. The tweet also mentioned the film had twisted facts.

Sharing the tweet, Kangana’s team wrote on Twitter: “I request the government of India to take KJO’s Padma Shri back, he openly intimidated me and asked me to leave the industry on an international platform, conspired to sabotage Sushanth’s career, he supported Pakistan during Uri battle and now antinational film against our Army.”

On August 16, Kangana took a dig at filmmaker Karan Johar and his latest production based on Air Force woman pilot Gunjan Saxena, through a poem.

Earlier she had slammed the Janhvi Kapoor-starrer “Gunjan Saxena: The Kargil Girl” via tweets posted by her team.

It’s not just Kangana, but several others have also attacked the film. A hashtag claiming Karan has insulted the Indian Air Force was trending on Twitter on Thursday.

Social media users trolled the filmmaker for the gender bias portrayed in the film, which is based on the first Indian Air Force woman pilot Gunjan Saxena, who was part of the 1999 Kargil conflict.

Kangana ‘heartbroken’ ahead of her upcoming…