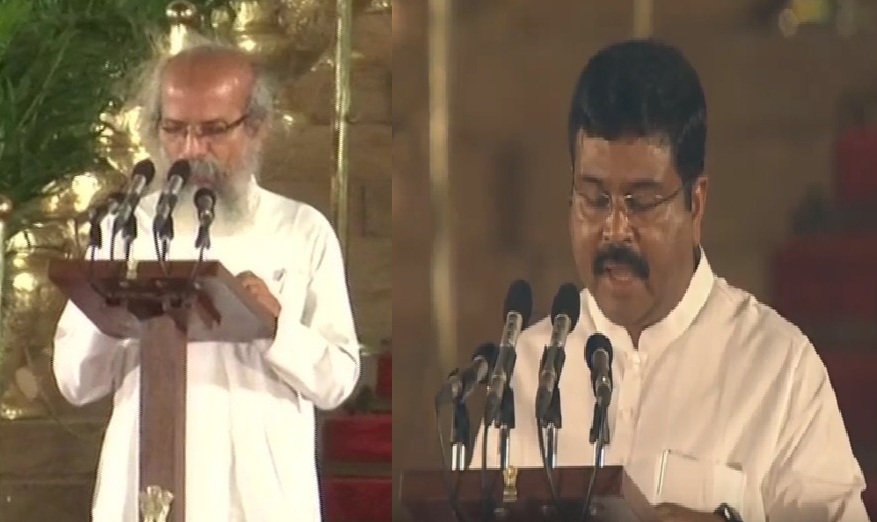 Bhubaneswar/New Delhi: Two members of parliament from Odisha have found place in Prime Minister Narendra Modi’s Cabinet which took oath of office and secrecy at Rashtrapati Bhawan in New Delhi this evening.

Modi was sworn-in for the second consecutive term as Prime Minister.

Like in Prime Minister’s first inning, only two MPs have found place in the Union government. In 2014, Dharmendra Pradhan and Jual Oram were made ministers with only the latter winning from Sundargarh and the former nominated to Rajya Sabha from Bihar then. However, this time also two MPs have got berths – Pradhan and Sarangi.

The number of MPs from Odisha hasn’t remained unchanged despite the number increasing from one to eight.

The swearing-in ceremony began at 7 pm and Prime Minister Narendra Modi was the first to be sworn-in by President Ramnath Kovind.

The others who took oath are (In chronological order):

Worth mentioning, 58 leaders were inducted into the Modi ministry of which 25 Cabinet Ministers, nine minister of State (Independent charge) and 24 minister of state took oath.