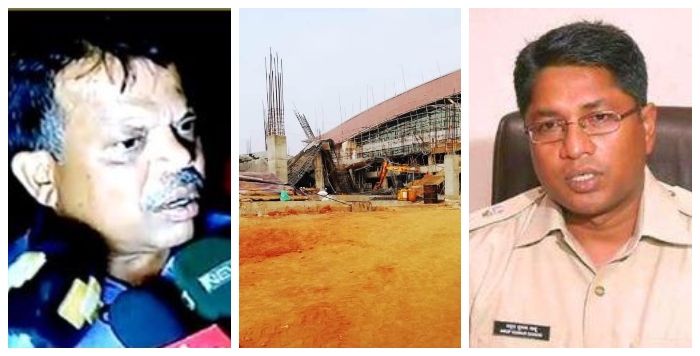 Bhubaneswar: While questions have been raised over the quality of construction at Biju Patnaik International Airport (BPIA) following the mishap last night which claimed one life, a high-level technical team is about to be formed to probe into the matter.

Airports Authority of India (AAI) will constitute a panel that will investigate under what circumstances the Link Building of the airport connecting the terminals collapsed. The experts from New Delhi will probe whether there was any violation resulting in the tragedy .

“Technical investigation will be done. The competent authority will decide to constitute a committee from our headquarters,” BPIA Director VV Rao said.

Earlier in the day, Twin City Commissionerate police detained the Managing Director of Dilip Constructions Pvt Ltd, Dilip Khatai for questioning. Khatai along with some engineers of the company were interrogated at Airfield Police Station by DCP Anup Sahu.

“The MD of the company and its engineers are being interrogated. We have formed a probe team of forensic personnel and Works Department engineers. We are conducting an investigation as part of police probe. Action will be initiated based on the findings of the report,” DCP Anup Sahu said.

“The construction of the building was of inferior quality. The MD of the company should be arrested at the earliest so that others would learn a lesson out of it,” All Odisha Contractors Association President Prabhat Das said.

The construction of the Link Building at an estimated cost of Rs 56 crore was to be completed within a year. The tender floated in 2018.