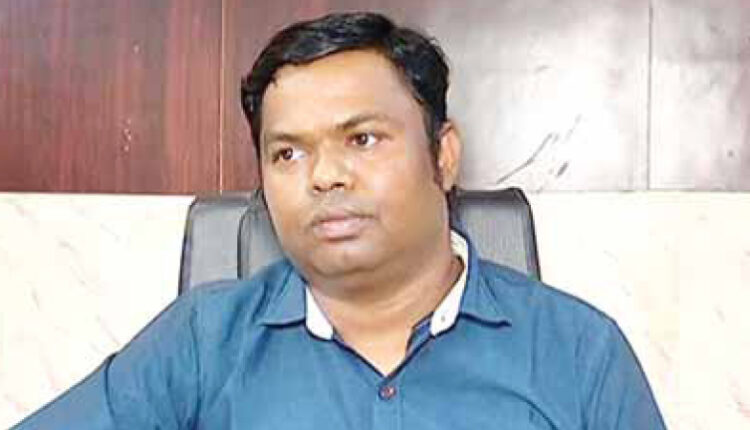 “Presumably, Maghaban Bag is the mastermind in the massive land scam. He has been booked including eight others in connection with the fraud, the senior official in Sadar police station said.

A number of fabricated documents were prepared in the past by Bag and his accomplices comprising some unscrupulous officials, subordinate staff and land brokers (dalals). They prepared identity cards in the names of dead persons and in turn sold their lands to some fake purchasers, an FIR lodged by a complainant in this regard stated.

After due formalisation of mutations, Records of Rights (Pattas) have also been prepared for the lands grabbed in ill-motivated manner.

According to the source, a victim named Harsha Sandha died long ago. He owned a patch of land located behind Adarsh Vidyalaya under Dhumamara mouza and Sadar police limits in the district. Sandha’s land was sold at a later stage after his death in 2005 to a buyer named Labani Prusty, wife of Madhab Prusty from the same locality.

Despite the fact that Sandha’s family has already obtained a death certificate, the victim’s identity card was used to execute a sale deed by replacing his photo with another elderly person’s photo. In place of seller’s signature, accused tehsildar Bag has used a fake thumb impression on the sale deed.

The land measures an area of about 1.5 acre, a sale deed of which was registered on March 3, 2021. Son of Sandha learnt about the misappropriation recently and lodged the FIR.

The complainant alleged that Bag used to inform Madhab about the legal measures that the former resorted to seeking justice.

Meanwhile, the victim’s family has warned of self-immolation, in case they will not be given justice.

Being a poor family, the grabbed land was their lone asset for economic sustenance. The land has been illegally sold to a daily-wager named Uttam Nag from Sikabehenga village located 10 km away from Balangir town, the victim’s daughter-in-law Ahalya Sandha lamented.

When contacted, Balangir district Collector Chanchal Rana said, “A probe has already been initiated pertaining to the alleged land scam, which is now underway. I will be able to give any comment on the issue only after the investigation comes to an end.”

On being contacted, the accused tehsildar Bag said, “I do not have any unfair involvement, whatsoever, in the alleged land scam. I have recently written to the Revenue Inspectors (RIs) concerned asking their clarifications on it.”