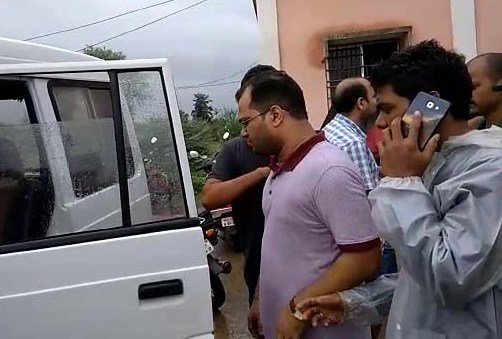 Sources said the Tehsildar had demanded Rs 15,000 as bribe from one Lalsaheb Sahu of Deogaon village for mutation of three lands of the latter. Lalsaheb brought the matter to the notice of the anti-corruption officials, who conducted a raid and caught the Tehsildar red-handed while he was accepting Rs 10,000 bribe.

Later, the Vigilance raided his Government quarters and ancestral house in this connection.

In a separate incident, anti-graft officials raided the houses of teacher Mohan Banchhor of Rajborasambar High School in Padmapur of Bargarh district on charges of amassing property disproportionate to his known sources of income.

However, the exact amount of disproportionate assets possessed by the teacher is yet to be ascertained.

Uproar in Odisha Assembly over teen pregnancy in capital city