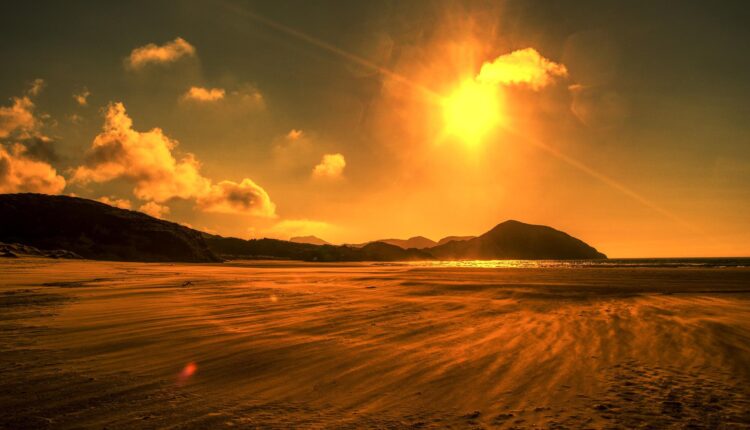 New Delhi: A new study has found that multiple and decades-long temperature overshoot is likely to cause major and often irreversible damage to biodiversity and ecosystems across the world.

With global climate action lagging behind the scale needed to achieve the temperature targets of the Paris Agreement, which calls for restricting the global temperature rise to preferably 1.5 degrees Celsius compared to the pre-industrial era, the scientists are studying several scenarios featuring  multiple decades-long ‘overshoot’ of the global warming limits set by policymakers. They then use carbon dioxide removal (CDR) technology to reverse dangerous temperature rise by 2100.

The new research covering over 30,000 species around the world found that for more than a quarter of the locations of biodiversity and ecosystems across the world studied, the chances of returning to pre-overshoot ‘normal’ are either uncertain or non-existent.

The research team from the University of Cape Town (UCT) and University College London (UCL) explored the implications of a temperature overshoot for global biodiversity, which is already affected by climate change as warming causes mass die-offs in forests and coral reefs, alters species distributions and reproductive events, and many other parameters.

‘Several scenarios’ as mentioned above are the Representative Concentration Pathways (RCPs), a term for trajectory of greenhouse gas concentration (not emissions) adopted by the Inter-governmental Panel on Climate Change (IPCC) in its reports. The IPCC charts out multiple scenarios with a given temperature rise leading to a certain trajectory.

The paper explores an overshoot scenario where CO2 emissions keep growing until 2040, then reverse their course and fall into negative territory after 2070 thanks to deep carbon cuts and massive deployment of CDR. This means that, for several decades in this century, global temperature breached the 2-degree limit but returned to below this level around 2100.

The research team found that, for most regions, exposure to unsafe temperatures will arrive suddenly as further warming means many species will simultaneously be pushed beyond their thermal niche limits. However, the return of these species to conditions comfortably within their thermal niches will be gradual and lag behind the temperature decline. “In fact, the effective overshoot for biodiversity risks is projected to be almost twice as long as the actual temperature overshoot of around 60 years,” the study said.

Tropical regions are most affected by these risks, with over 90 per cent of species for many locations in the Indo-Pacific, Central Indian Ocean, Northern Sub-Saharan Africa, and Northern Australia pushed outside of their thermal niches. And in the Amazon, one of the most species-rich regions of the world, more than half of the species will be exposed to potentially dangerous climate conditions.

For about 19 per cent of the total number of sites studied, including the Amazon, it is uncertain whether the share of exposed species will ever return to pre-overshoot levels. And a further eight per cent of sites are projected to never return to those levels at all. This means that the overshoot, while reversing the course of global temperature, can cause irreversible impacts to nature due to species extinction and radical transformation of ecosystems.

The study underscores how important a temporal perspective can be in discussions of overshoot scenarios, which often dismiss the ‘journey’ of dangerously rising temperatures as long as the ‘final destination’ is within the agreed limits and thus may underplay rapid and deep emissions reductions called for in the recent IPCC reports.

Dr Joanne Bentley of the African Climate & Development Initiative (ACDI) at UCT said: “It is important to realise that there is no ‘silver bullet’ solution for mitigating climate change impacts. We have to rapidly reduce greenhouse gas emissions. Many carbon dioxide removal technologies and nature-based solutions, such as afforestation, come with potential negative impacts.”

Centre to hold meeting with states over rising Covid cases