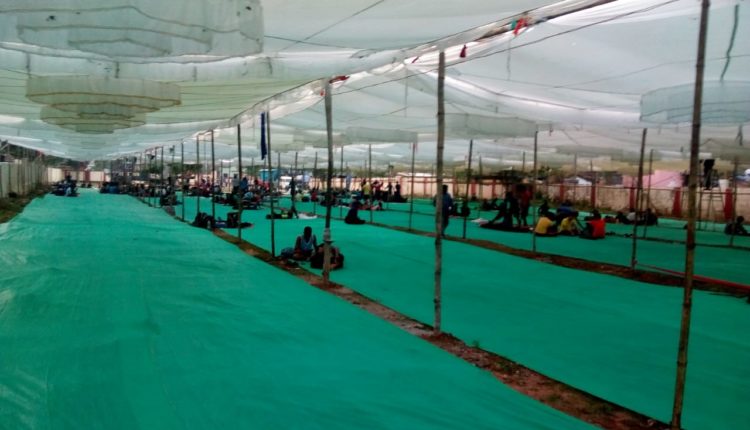 Bhubaneswar: Offering a helping hand to thousands of Army job aspirants who were forced to sleep in open spaces and on footpaths in the capital city, the Bhubaneswar Municipal Corporation (BMC) has provided accommodation facilities till the end of recruitment drive.

A nodal officer for each of the above center has been appointed in order to facilitate and address any issues faced by the participants while availing these facilities.

Besides, special arrangements have been made at GA/AG Ground in front of The World Mall near Jaydev Vihar on 15th and 16th October keeping in view of the large number of participants coming to Bhubaneswar from different parts of Odisha for the interview.

A temporary tent facility of 50 to 60 thousand sq. feet is being erected near the old AG Colony having 40 temporary toilets and drinking water facilities for the candidates.

“We have arranged accommodation having basic amenities at several locations in the city to accommodate the Army aspirants coming from various states to participate in the recruitment drive being organized at 120 Infantry Battalion campus here from October 14 to 24,” said Prem Chandra Chaudhary, Commissioner of BMC.

In the absence of any specific arrangements by the Army, the young aspirants are forced to sleep in open spaces, on pavements and at railway station during nights, as they can barely afford the cost stay in a hotel or lodge in Bhubaneswar.

Milestone! Mo Bus registers over 1 lakh riders in a day