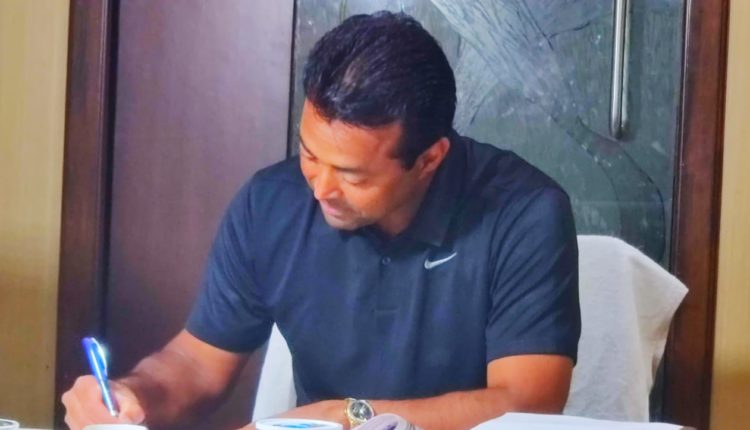 Bhubaneswar:  Leander Paes, India’s only tennis player to have competed at seven consecutive Olympic games, today stepped into the shoes of a Guest Editor at Sambad and presented his valuable tips on prioritizing news stories.

In the ‘editorial meeting’ presided over by the legendary player, in the presence of Managing Director and Executive Director of Sambad Group Monica Nayyar Patnaik and Tanaya Patnaik respectively, the former laid emphasis on community building through news publication.

“As the largest publication house in Odisha, it is really important to highlight positive news and the way you tell them. You can move the community through the way you tell the news,” Leander advised the journalists and senior members of the management present in the meeting. 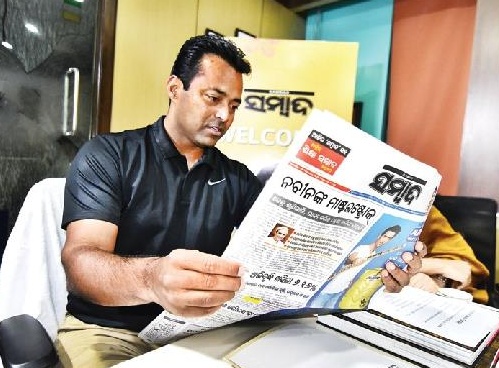 He further emphasized on presenting news factually and beautifully empowering the youth to create the community.

The 46-year-old who played his last match at Bengaluru Open last Sunday said that political and business news interests him apart from sports news.

“News should be treated with utmost care. At the same time, we shouldn’t shy away from stories that are cutting edge,” the ace tennis player opined.

As Leander’s 30-plus years’ career will be ending by end of 2020 and he has termed it as ‘the last roar’, he revealed that his next innings would be on promoting education through sports. “Next summer, I would be going to Harvard to pursue a course on education. My next roar would be moving a percentage of 745 million through sports education. The objective is to empower youth so as to build a community,” the Kolkata-born said.

While the nation’s economy is not in the pink of health, Leander predicted a further slump in economy in the next two quarters. “To my knowledge, the economy will slip into depression in the next two-three quarters and real estate sector will be the worst hit.”

Towards the fag end of the meeting, the sports ambassador hailed the initiative of the state government to go paperless while presenting the annual budget. He suggested to appropriately position the news on the front page apart from highlighting how allocations can empower the youth of the state.