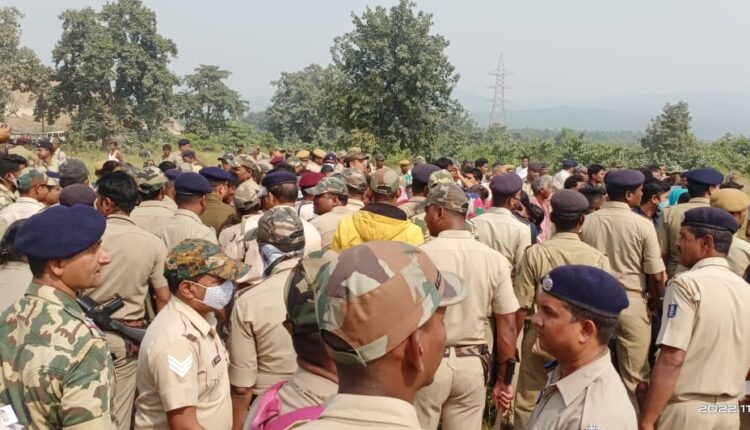 As per reports, the district  and police administration had deployed 17 platoon force as mining started at Jamkhani mines following Bhoomi Pujan in 10 acre area of the mining block. However, the clash erupted when two displaced women and some villagers breached the security and tried to go towards the mining area opposing it and demanding adequate compensation, proper rehabilitation and employment for family members aged above 18 years. Police in retaliation tried to prevent them from halting the mining operations and lathi charged on them. As soon as the cops assaulted the displaced villagers, other local residents gathered and intensified the agitation by clashing with the police. Demanding proper resettlement, they vowed to keep the strike going until their demands were met.

Sources said villagers of Jamkhani, Giriseema, Jharpalam and Mendra  have been demanding settlement as per provisions laid down by the Right to Fair Compensation and Transparency in Land Acquisition, Rehabilitation and Resettlement Act, 2013 but the district administration had reportedly made it clear that this won’t be possible as the displaced people had already been compensated for their land after acquisition by Bhusan Steel and Power Ltd (BSPL) in 2006. But the mining block got de-allocated following a Supreme Court order in 2014. Since the people displaced had been poorly compensated and their claims have been unresolved till now, resentment had been building up among them.

While the villagers continued with their agitation, there are reports that the administration is trying to hold discussions with them and pacify them with the assurance of getting their demands addressed. They reportedly have been assured of Rs 6 lakh per acre and other rehabilitation measures. meanwhile Rajgangpur MLA C S Raazen Ekka reached the spot and took stock of the situation by interacting with the protestors.

One more fraudster arrested for duping job aspirants of Rs 1.47 crore in Odisha