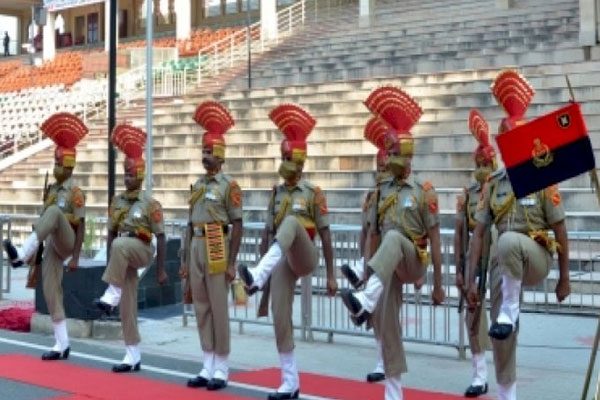 Uttar Pradesh:  Confrontation between the 49th battalion of Sashastra Seema Bal (SSB) personnel and Nepalese citizens has taken place near Sundar Nagar village in Uttar Pradesh’s Pilibhit district, which has led to tension in the area.

The confrontation was reported on Tuesday.

Ujjwal Singh, in-charge officer of SSB’s Naujalha border outpost, said the SSB had seized a truck coming from Nepal on Monday. The truck was loaded with cosmetics valued at Rs 24.55 lakh. One Vikram Chakravarty of the Naujalha village was arrested for smuggling.

A large number of the Nepalese citizens assembled on the border, ostensibly, to protest against waterlogging on the no man’s land between border pillar number 17 and 18 due to a rupture in the irrigation pipeline at Bandarbojh village.

Matters escalated to a point that civilian police force had to be called in to control the situation.

The SSB officers believe that the border checks along with waterlogging has annoyed some Nepalese residents as this was the route taken by bikers to smuggle goods into India. It has now become slippery and unsafe for travel.

The villagers also claimed that some Nepalese residents snatched the mobile phones of two SSB jawans in the presence of the civilian police to prevent them from video-recording the uproarious scene on the border. However, the SSB did not confirm the incident.

Action plan sought for reopening of temples in Odisha