Tension at Paradip Refinery following detention of over 100 farmers 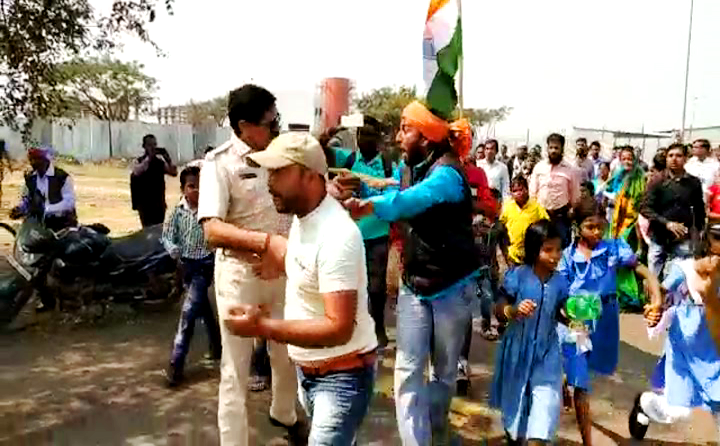 Paradip: Palpable tension prevailed in front of the IOCL Paradip Refinery here today after agitating farmers scuffled with police personnel when the former attempted to barge into the refinery during the demonstration.

Sources said over a thousand landless farmers, including women and their children have been staging dharna in front of the refinery for the last three days demanding permanent jobs. During the protest, the activists took out rallies and staged economic blockade disrupting production at the refinery.

To avoid law and order situation in the region, police yesterday detained over a hundred agitators from the spot and took them into preventive custody.

Protesting the detention, the activists under the banner of Jamihara Krushak Ekta Manch intensified their stir and attempted to barge into the refinery. When police personnel deployed at the spot tried to disperse the mob, the latter resorted to manhandling.

Meanwhile, it is alleged that some police personnel misbehaved with a few media personnel, who had gone to report the protest.

However, police forces were deployed at the spot to avoid any further untoward incident till last reports came in.