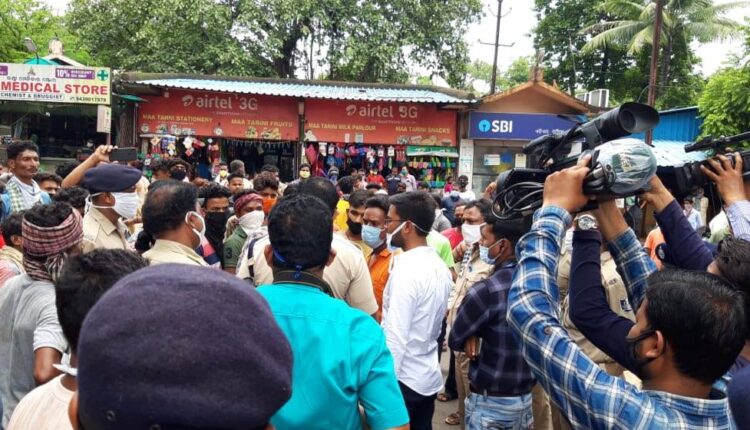 The deceased identified as Harischandra Kanthia, a resident of Malgodown Basti in Basanti Colony here, was the sole breadwinner of the family.

Sources said Harischandra was working in a cement factory at Jail Road here. Yesterday morning, he went to work but came back early at around 12.30 PM after he felt chest pain.  when his pain worsened,  his family admitted him to RGH at around 1 PM.  After getting admitted, he was administered saline by a staff nurse. At around 3 PM, when he vomited and his condition worsened further, his sister Nikita requested a doctor and a nurse to check his health, but nobody responded on time.  By the time the doctor went to the patent at around 4.30 PM, he had died.

Alleging medical negligence, Nikita later lodged a written complaint at Raghunathpalli police station against the doctor and the nurse .

Early this morning, irate locals in large numbers reached the hospital and staged demonstration demanding an inquiry and arrest of those to be found guilty. Later, a team senior police officials went to the spot to pacify the agitators. The cops also sent the body for post-mortem.