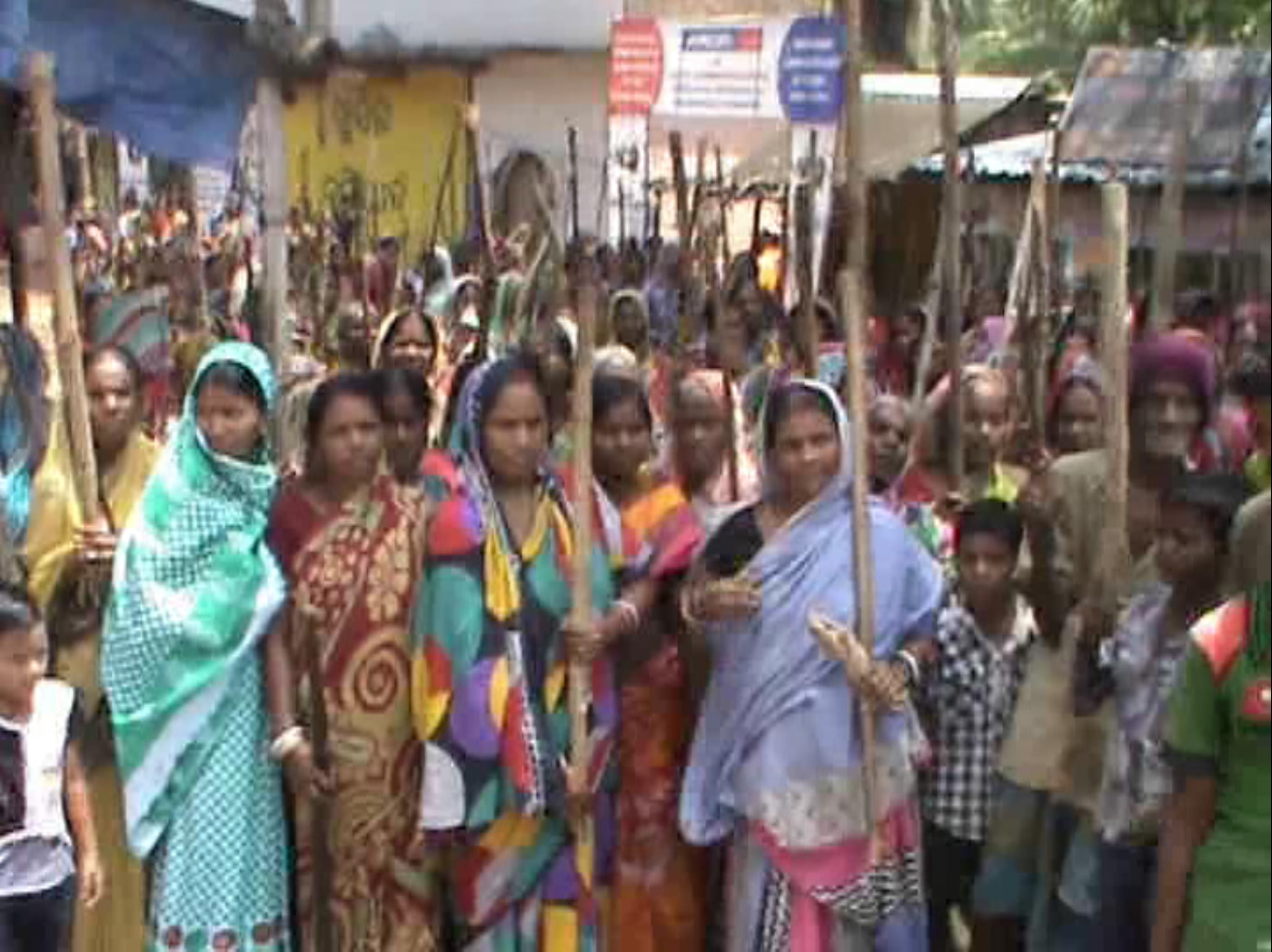 Palpable tension prevails at the construction site of the controversial bridge over river Kusei at Belabahali in Odisha’s Keonjhar district.

“We have registered cases against more than 200 persons in Ghasipura and Ramchandrapur police stations for attacking policemen,” informed Keonjhar Superintendent of Police Rajesh Pandit this evening.

An additional five platoons of policemen have been deployed at the spot to prevent law and order situation since two days back after villagers opposing the bridge came face-to-face with the police.

While work could not start on the proposed bridge even today, IG (Western) Radha Krishna Sharma is camping here keeping a close watch over the situation.

Villagers who are adamant in their opposition to the bridge in its proposed location held a meeting under the aegis of Belabahali Anchalika Surakshya Committee to decide on their future course of action.

Police lobbed tear gas shells and fire rubber bullets at the protestors on Friday to disperse them off.

At least two policemen and five protestors were injured in the scuffle.

Notably, Belabahali villagers have been on an agitation for around a year opposing the proposed bridge over river Kusei on the national highway no. 215 in Anandpur subdivision.

On July 7 last year, Belabahali villagers and police had come face to face on the demand for the relocation of the proposed bridge site resulting in over hundred villagers getting arrested and sent to jail.

The National Human Rights Commission (NHRC) had intervened in the matter and had sought an action taken report from the state’s Director General of Police (DGP) regarding action taken against police officers over the injury of villagers at Belabahali where the latter was protesting against the construction of a bridge.

Yielding to the opposition of the villagers to the site of the bridge, the National Highway Authority of India (NHAI) had appointed an expert team comprising of experts from IIT Kharagpur and former Works department secretary G C Mitra to re-examine the location of the proposed bridge and its design.

The expert team in its report stated that the site and design of the proposed bridge was suitable and had recommended for going ahead with it.

This apart, a PIL was filed in the Orissa High court opposing the construction of the bridge.

The High Court, on August 30 this year, rejected the petition and refused to interfere in the decision of the Technical Committee over the construction of the bridge.

Priyanka Chopra’s day out with Sunny Leone in NY