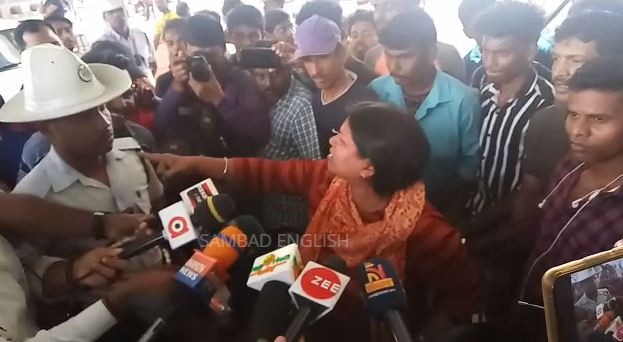 Bhubaneswar: Tension ran high at Rajmahal Square in Odisha capital today during checking of vehicles as a part of implementation of the amended MV Act as a woman created ruckus after violating traffic rule.

According to reports, the woman was driving a two-wheeler against the flow of traffic at Rajmahal Square, for which a police officer seized the vehicle and initiated procedure to take the two-wheeler to police station.

However, the violator opposed the move of the officer saying that necessary signage was not installed on the road. Passersby soon gathered at the spot as the ruckus escalated.

Later, the officer released the two-wheeler of the woman while checking of vehicles was temporarily stopped at Rajmahal Square.

Notably, the Odisha Government has decided for strict implementation of the amended MV Act across the state from today.

The government had earlier allowed relaxation of six months to vehicle users for obtaining necessary documents while the time period came to an end yesterday. Officials have been asked to check drunken driving, driving at a speed exceeding the specified limit (over speeding), red light jumping, driving against flow of traffic, using mobile while driving, dangerous driving, triple riding on two-wheeler, helmetless driving, not wearing seat belt and overloading.