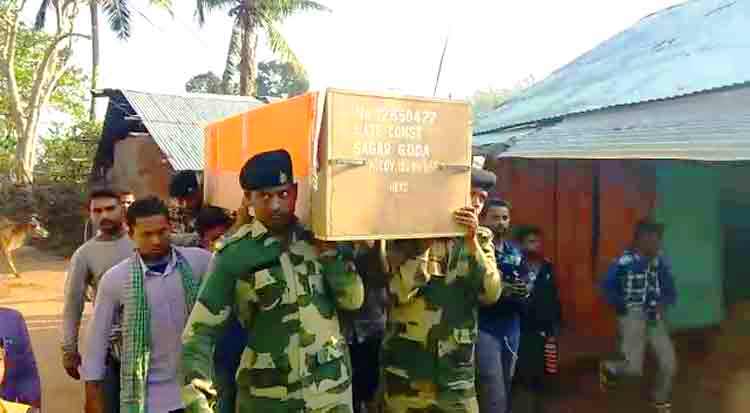 Paralakhemundi: Tension prevailed at Jhilik village under Mohana block in Gajapati district after body of deceased BSF Jawan Sagar Gouda, who allegedly shot himself to death with his service revolver in West Bengal a few days ago, arrived at his native village today.

As soon as Gouda’s body arrived at the village, his family members refused to accept the body alleging murder behind his death. They also demanded a job to a kin of the deceased and and Government assistance to the family.

On receiving information, Mohana police along with BSF Sub-Inspector AL Tirkey, Constable Rajendra Singh reached the spot and assured the family to provide Government assistance as per law. Later, Gouda’s last rites were conducted at the village following a guard of honour by the BSF.

Worth mentioning Sagar, who was was posted in Patiram area of West Bengal, had allegedly committed suicide by shooting himself with his service revolver on March 26.