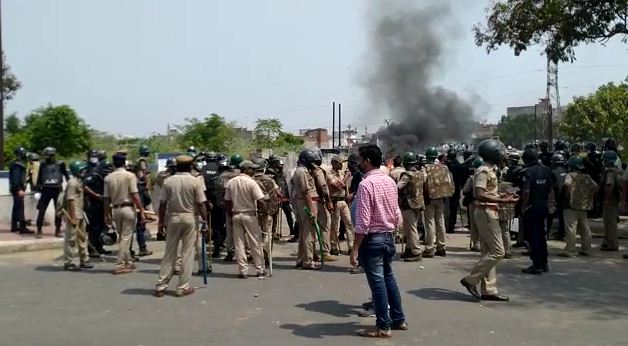 According to reports, denizens of Mahtab Road area staged road blockade this morning by burning tyres. Later, they pelted stones at police injuring more than 15 cops following which police fired tear gas to disperse the mob.

They also staged protest near Plant Site police station. Though senior police officials held discussions with them, it yielded no fruitful result. Police forces have been deployed at the spot to avoid any untoward incident.

Worth mentioning, buffer zone restrictions were withdrawn from Mangal Bhawan to Janta Niwas and from Madhusudan Marg to Anand Bhawan lane last night. Residents of Mahtab Road and nearby areas have also demanded withdrawal of containment zone restrictions from their locality.