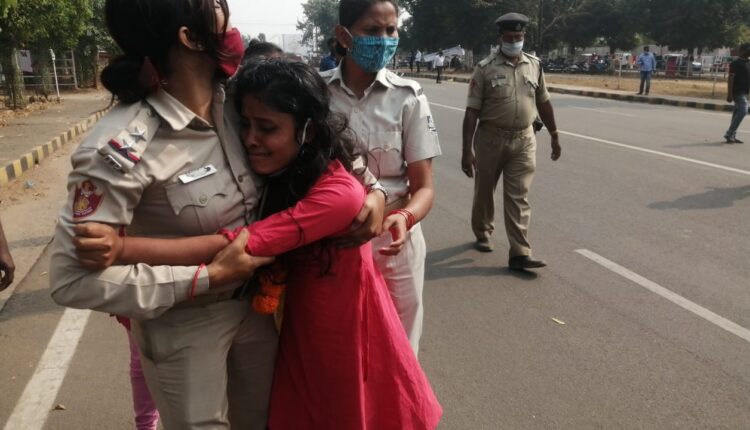 However, some other protesting ANM workers overpowered the two women and later rescued  them.

One of the women has been identified as Rutupragyan Sahu of Jagatsinghpur. After being rescued,  she alleged that they were earning Rs 7,000- Rs 8,000 monthly while working in private hospitals but now are left to fend for themselves as the Government dismissed them after engaging them in Covid Care Homes (CCHs).

“We are sitting on dharna for the last 18 to 20 days demanding job regularization. But the Government has turned a deaf ear to our genuine demand. It has no respect for women,” said Rutupragyan.

Later, both the women were admitted to Capital Hospital here for a checkup.