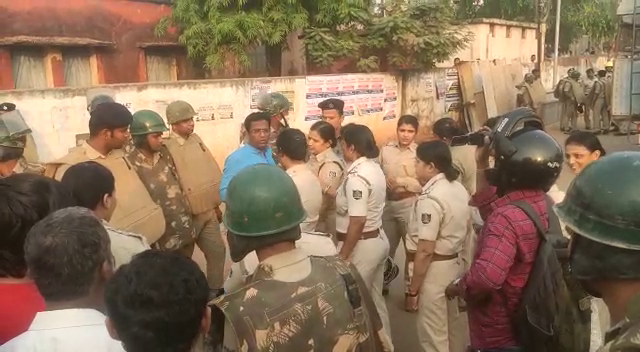 Hundreds of agitating vendors along with their families assembled at the site to oppose the eviction drive, carried out by Bhubaneswar Municipal Corporation (BMC). They alleged that BMC served a very short notice of less than 12-hour asking them to vacate the place.

As part of their protest, the vendors blocked the road near Laxmisagar Golei Chhak on Cuttack-Puri road disrupting vehicular movements on the stretch.

“The administration carried out the demolition drive early this morning after serving a notice last night only. We have not received any compensation also. My husband had his stall in the market and it was the only source of income for our family. How would we manage and resettle everything within such a short period. We will not move a inch from here unless we get justice,” said a woman.

In view of the tension, 12 platoons of police force have been deployed in the area to avoid any unpleasant situation during the protest.