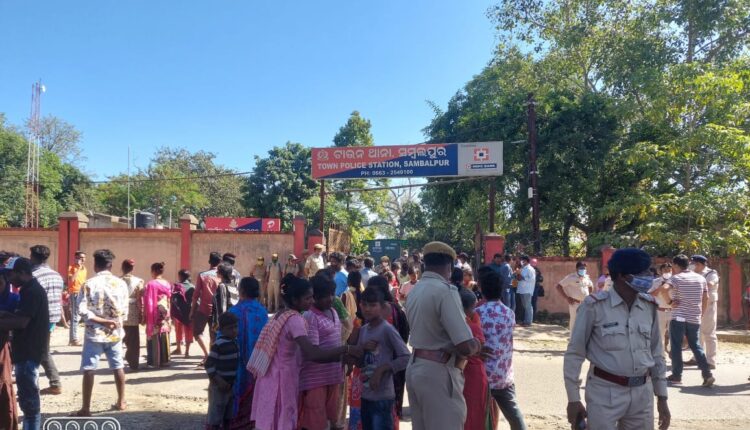 Tension Death of a seven-year-old boy sparked tension here today after over a hundred angry locals, including women gheraoed the Town police station alleging inaction of the cops in connection with the incident.

Reportedly, the minor boy identified as Sahil was walking near the Mahila police station this morning. While crossing the road, he suddenly stumbled on the road and in the meantime a speeding car ran over him. Though Sahil was rushed to a nearby hospital, doctors declared him brought dead.

However, police detained the car driver for interrogation.

Angry over the incident, family members of the deceased  along worth locals staged a protest outside the Town police station demanding compensation and stern action against the driver. Police personnel were  deployed to avoid any untoward incident during the protest.

Meanwhile, a case has been registered at Town police station in this connection.