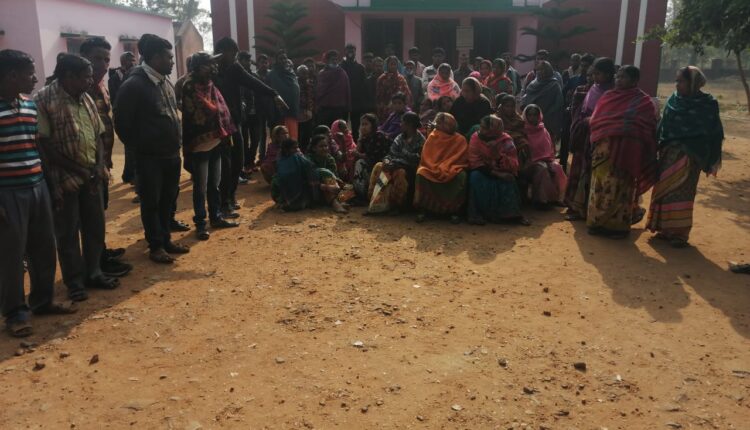 Angul: Tension prevailed in front of Chhendipada Forest Range office in Angul district after angry locals staged a protest over the death of a13-year-old boy by an wild elephant yesterday.

Demanding compensation, over a hundred locals including family members of the deceased sat on a dharna in front of the Forest Range Office at around 9 AM today.

Reportedly, Srikant, son of one Subhakant Rout, was going towards a nullah with his five friends to defecate, when an elephant attacked them. Srikant, a Class 9 student, and one of his friends named Chandan suffered critical injuries in the elephant attack and were admitted to a hospital in Kaniha. Later Shrikant was shifted to the district headquarters hospital (DHH) here while Chandan was shifted to a private hospital in Bhubaneswar.

Later, Shrikant died while further being shifted to SCB Medical College and Hospital in Cuttack.