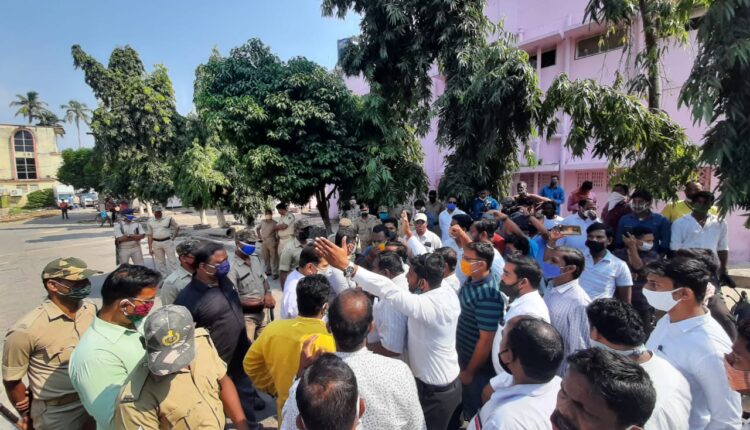 Puri: Tension prevailed at the District Headquarters Hospital (DHH) here today after irate locals had a face-off with police personnel deployed at the hospital following death of an accused in the custody of  Baselisahi police station last night.

They alleged  that accused K Arya, a resident of Loknath Road area  here, died due to police excesses. While staging protest, the locals scuffled with police personnel deployed  at the hospital, where the body was sent for post-mortem.

Meanwhile, Puri SP Akhileswar Singh at a presser said 33-year-old K Arya was arrested by Baselisahi police  for interrogation. The accused got into a scuffle with the cops during the arrest and he sustained injuries. The accused was later admitted  to the DHH for treatment. However, he died while undergoing treatment, said the SP.

However, family members of the deceased have refuted the police statement alleging that Arya died in the custody due to police excesses.

It is pertinent to mention  here that another accused, Tarique Salim,  allegedly died while being under custody of Birmitrapur police last night.

Reacting to both the alleged custodial deaths, Odisha DGP today assured that action will be taken as per the guidelines of National Human Rights Commission (NHRC) once the post-mortem reports come in.