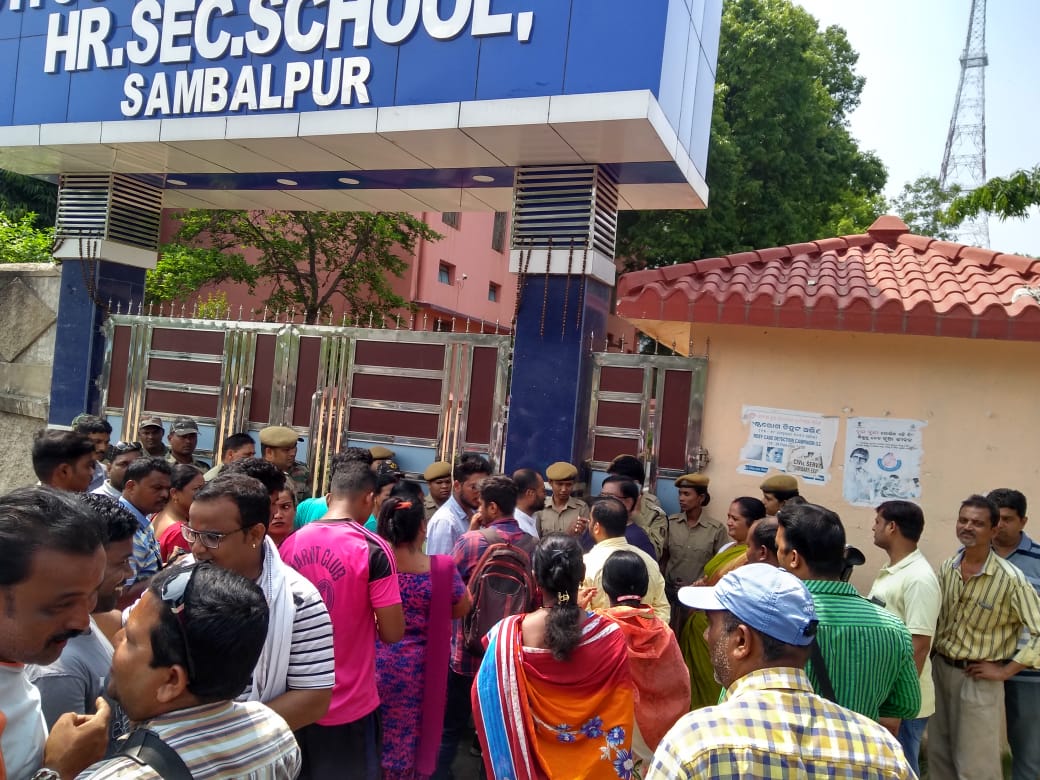 Sambalpur: Tension sparked at a reputed convent school in western Odisha city here today after a Class III girl was allegedly molested inside the building.

The parents of the children staged protest in front of St. Joseph’s School this morning demanding for safety of their children on premises of the school.

They urged the school authorities to coordinate the police for probe into the incident.

The tension ran high at the school after the student molestation report was published in a leading vernacular daily in its Sambalpur edition. The agitating parents alleged the school authorities of suppressing the matter.

Following the report, pressure mounted on the school authorities as well as the police administration for probe into the incident.

Initiating probe into the matter, police detained two persons for interrogation in this connection.

However, Dhanupali police refuted the report saying no such allegation has been made so far.

According to reports, the Class III girl student was molested by a mason and a coolie twice inside the school in the past 15 days.

The incident came to fore after the victim hesitated to go to school and narrated the nightmare with her parents at home.

Sources said that the minor girl became victim while she had gone for toilet at the school 15 days ago. An attempt to outrage her modesty developed terror in her mind following which she avoided to go to school.

The shameful incident again happened with the little girl after she went to school on Monday. Reports said that the same person molested her while she had gone for toilet. The victim finally disclosed the incident to her parents on Tuesday when they asked her the reason for not going to school.

The parents of the victim met the school principal on Thursday and brought the matter into the notice. During the period, three police personnel reached the school and discussed the issue with the authorities. Later, they picked up two suspects for interrogation in the case.