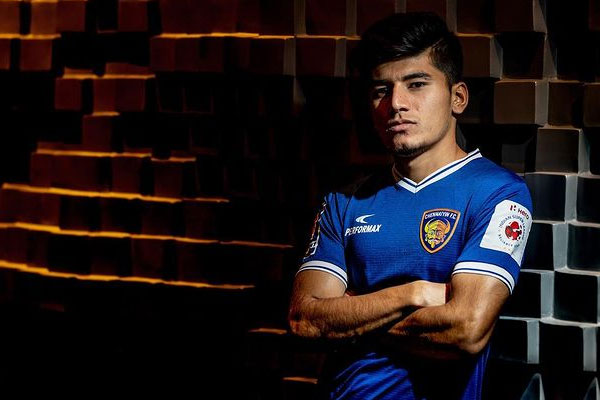 New Delhi:  Midfielder Anirudh Thapa feels the 2022 FIFA World Cup in Qatar is a gilt-edged opportunity for football fans in India to experience the greatest spectacle that the sport can offer.

The 2022 edition will only be the second time the FIFA World Cup will be held in Asia. The first time was back in 2002 when South Korea and Japan were the hosts. However, this time around, the tournament will be easily accessible for fans from India, given the proximity between the two countries and the cordial relations the two countries share.

Thapa, himself, is keen to travel to Qatar and watch the matches. The midfielder hopes that his footballing commitments would not keep him from doing so, given that two of football’s biggest stars are likely to play their ‘final’ World Cup in 2022.

Portuguese superstar Cristiano Ronaldo will be 37 and Argentine sensation Lionel Messi will be 35 when the tournament kicks off on November 21, 2022. Thapa does not want to miss the chance to watch the two legends play live on the sport’s grandest stage.

“If I am able to, if I don’t have any commitments, I will definitely go and watch the World Cup in Qatar. It is a lifelong dream to watch a World Cup and see the big teams play,” Thapa said in an official statement.

“Also, some of the legends are playing their final World Cup in 2022. So, I definitely want to go to Qatar and watch the World Cup if I’m able to,” he added.

Qatar is also home to a sizeable Indian community and Thapa feels that this only makes it easier for Indians to travel and enjoy the World Cup, which begins in two years’ time.

The 2022 World Cup will also be unique with respect to the innovation and technology that will be on display for the first time ever. Qatar have already unveiled four venues for the tournament that have cutting-edge features like the Advanced Cooling Tech that will ensure the climate inside the stadium is controlled.

“The infrastructure in Qatar is absolutely amazing. I absolutely loved it. The stadium, the pitches were really nice and the surface is really smooth,” he said. “We haven’t experienced a proper football stadium in India but in Qatar, the stadium atmosphere was top-notch.”

Qatar to launch over 100 properties ahead of 2022 FIFA World…