The curious case of TRP battle in Odisha 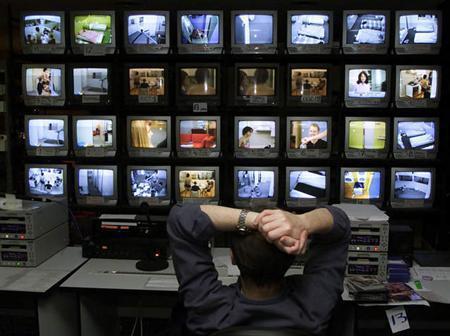 A few days ago, Agriculture Minister of Odisha Pradip Maharathi used the Target Rating Point (TRP) crutch to attack the credibility of Odia news channels. His aim was to dilute the issue of continuing distress suicides of peasants in the state. He alleged that, Odia news channels are dishing out these suicides as the main course of their news bulletins for the lure of TRPs.

In recent months, Odia channels seemed to be in a rush to become news items on pages of newspapers. Encroaching large advertisement spaces of prime newspapers, they boasted of their TRP figures. It seemed as if TRP was their main concern rather than the quality of content and interest of viewers. Every other week some news channel or the other boasted of its figures though print advertisements as if it was a great phenomenon for the audience. Propaganda based on these figures was packaged in such a way that they seemed to attract more viewers.

But managements of Odia news channels should also realise that all cannot be fooled all the time. That, TRP is nothing but a statistical tool of these channels to hook advertisers in a state like Odisha where the scope of advertisement revenue is low, is an open secret.

And statistics can be erroneous. Managements of Odia news channels seem to have forgotten Aaron Levenstein’s famous quip, “Statistics are like a bikini. What they reveal is suggestive, but what they conceal is vital”. Intentionally, details behind procurement of TRP data are never made public. It is nothing more than statistical sample survey. Statistics is a scientific method of data analysis to provide an overall impression regarding probable figures. But it also suppresses the detailed qualitative and quantitative information.

Odia news channels that brag about their TRP figures should remember how human elements have conned statistical sample surveys in the past. ‘Exit polls’ or sample surveys of voters after voting, monitored by adept psephologists have been proved wrong in India. This surely sows seeds of doubt on the efficacy and authenticity of this data that Odia news channels deem to be their Veda.

After delving into the process of collection for sampling, even a commoner will have reservations over efficacy of these figures. It is measured through an imported device popularly called ‘People’s Meter’. It is attached to TV sets of a selected number of viewers. Data regarding viewing of different channels is transmitted to a central server periodically for its quantitative and qualitative analysis.

But TRP data collection is not a process like census where total data base is taken into account. It is a small sample survey where quantity and quality of chosen data base can drastically affect the final findings.

The greatest eye-opener is the sample size for TRP data collection in Odisha. Odia TV channels are being guided by figures obtained from a few hundred ‘People’s Meters’ in a state with over four crore population. Television Audience Measurement (TAM) gets its TRP information from 200 ‘People’s Meters’ while the number is around 350 for another organisation, Broadcast Audience Research Council (BARC). Don’t the media bosses who pose as ultimate diggers of truth, realise that the Odia audience are too diverse and multifarious to be contained in these abysmally small samples?

Claims that these small number of ‘People’s Meters’ represent the TV viewers of whole of Odisha is hard to swallow. Odia TV channels should accept that in Odisha, the largest chunk of TV viewers live in rural areas with much difference in their culture, tradition, family values and mindset. It is for sure that, their diversity and quantity has been totally neglected in such a sample survey as most ‘People’s Meters’ are fixed in urban pockets.

Moreover, a small number of ‘People’s Meters’ fixed in a few centres increases chances of manipulation of data. Odia news channels are conspicuously silent about it. Maybe, some are gaining from it and others are aspiring to become a part of this data manipulation in future. But their counterparts at national level have already expressed their distrust over these figures.

Doordarshan had complained that it was a major loser in the TRP rat race as its largest viewership, those in rural regions, was not being reflected in it. It had approached the Competition Commission of India against a private body involved in TRP study. In 2012, news channel NDTV had filed a case against Nielson and Kantar, the global parent firm of TAM India in the Supreme Court of New York accusing manipulation of ratings in return for bribes to its officials. In August 2014 business news channel CNBC India, through a sting operation had proved that the current system of India is open to manipulation. But no Odia TV channel has dared to explore and expose the truth behind TRP data in Odisha, till now.

Rex Stout had said, “There are two kinds of statistics; the kind you look up and the kind you make up”. Till now TRP has been the statistics that Odia news channels look up to, although there are allegations that it is also being made up. However, it has become the guiding factor of Odia news channels. So, there is every chance that they may fall into the trap that Mark Twain had expressed in his statement, “There are lies, damned lies and statistics”. There is every possibility that these Odia news channels have already begun neglecting the mood of real viewers who are out of reach of the ‘People’s Meters’ for which the channels may suffer in long run. Blinded by the figures, they are forgetting that overdependence on these statistical figures can have negative impact on the content of television programmes due unholy competition for a higher rating.

Statistics of ‘box-office’ figures has already affected the quality of Odia cinema. Manipulation of ‘box-office’ figures has always been the talk of town. Yet lure of these figures has made mainstream Odia film makers forget Odia ethos and dependent on remakes of borrowed sex and violence laden movies of other languages. But this formula cannot be encashed for long. The fizz of this kind dies out fast. The high-flying TRP bubbles of Odia news channels is because of exposures related to sexcapdes and dark deeds of self-proclaimed god-men uncovered in few weeks.

It is high time for Odia news channels to realise that if they want to become flag-bearers of change and desire to bind with ethos and emotions of Odias, they have to think beyond the petty figures of TRP sample studies. If they claim to be epitomes of truth, then they should also provide details of sample size and other information regarding data sampling in their propagandistic advertisements. Otherwise, more and more Maharathis would take the TRP plea to deface the face of credibility of electronic media in Odisha.

The writer is a Berhampur-based senior journalist associated with a national newspaper. The views expressed in the article are solely those of the author and do not in any way represent the views of www.odishasuntimes.com

Processed meats do cause cancer: WHO

NHRC notice to Odisha over death of woman, baby in hospital