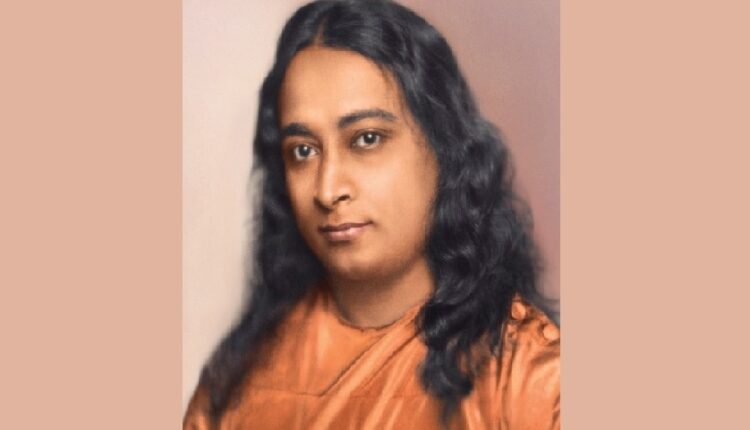 The modern world is increasingly recognising the benefits of the science of yoga in the current era. The celebration of the International Day of Yoga on June 21, annually, is a testimony to the fact that yoga has found universal appeal and applicability across nations.

Sri Sri Paramahansa Yogananda, the author of the globally acclaimed spiritual classic, Autobiography of a Yogi, played a leading role in enlightening the west about the intricacies of yoga and the fact that its practice need not be restricted to people living in the orient. His yoga-meditation teachings in the United States of America, where he found widespread receptivity and following, eventually percolated to the rest of the world. Today, Yoganandaji is recognised as the Father of Yoga in the west.

The word ‘yoga’ means ‘union’ (with God). All saints espouse the fact that such union with Spirit is the intrinsic and higher goal of each human being. Yoga and its path that naturally leads to it, the practice of meditation, is the sole method by which such attunement with the Almighty can be realised by man.

Today, millions of common people throughout the world are discovering that yoga is not merely a set of physical exercises, but actually provides a pathway for inner conquests that ultimately lead us to the goal of God-realisation.

He who follows the eight-fold path of yoga enunciated by the peerless sage, Patanjali, in his treatise, is sure to attain the ultimate goal, according to all great saints. The Bhagavad Gita mentions the science of Kriya Yoga specifically and further emphasises the fact that the yogi is the ultimate spiritual warrior and he will eventually find God, if he persists in the practice of yoga.

Kriya Yoga is the specific branch of yoga that Yoganandaji highlighted and brought to the notice of the world through his teachings. Kriya Yoga is a simple, psycho-physiological method by which the human blood is decarbonised and recharged with oxygen. But the true benefit of Kriya Yoga lies in its spiritual value, since it enables the regular practitioner to rapidly accelerate his progress towards self-realisation.

Yoganandaji’s great guru, Swami Sri Yukteswar Giri, was instrumental in preparing his young pupil for the role of a ‘jagadguru’, or global teacher. Yukteswarji was initiated into the practice of Kriya Yoga by his own master, Lahiri Mahasaya, whose miraculous, inspiring and dramatic, encounter with the deathless Mahavatar Babaji, has been described vividly in the Autobiography of a Yogi. It was during that momentous meeting, that Babaji prepared his foremost disciple for reviving the ancient science of Kriya Yoga, which had been lost to the world in the dark ages. Babaji further permitted Lahiri Mahasaya to initiate into Kriya Yoga all sincere devotees, and the practice has continued ever since, under the aegis of Self-Realization Fellowship/Yogoda Satsanga Society of India, organisations founded over a hundred years ago by Yoganandaji.

Yoganandaji’s closing lines from his Autobiography provide us with memorable motivation to practice sincerely the path of Kriya Yoga. ‘In sending loving thought vibrations to the thousands of Kriya Yogis scattered like shining jewels over the earth, I often think gratefully: “Lord, Thou hast given this monk a large family!”’ Further information: yssi.org