"The greatest shortcoming of the human race is our inability to understand the exponential function." 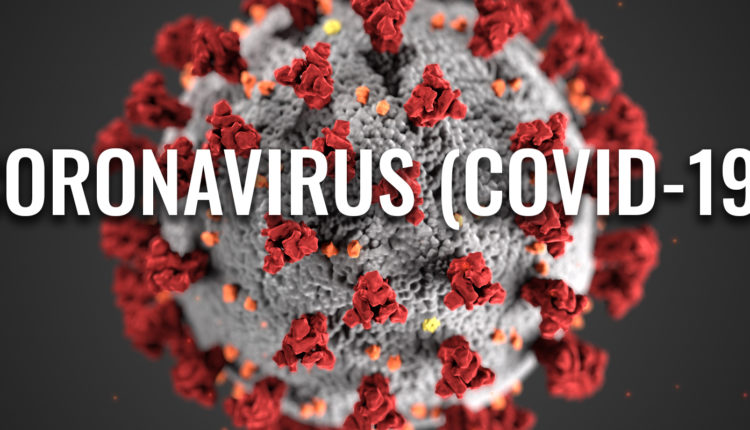 The late Prof Al Bartlett – a nuclear physicist and professor emeritus of University of Colorado at Boulder once said “The greatest shortcoming of the human race is our inability to understand the exponential function.” Had he been alive today, the ongoing corona virus crisis would have provided the fittest case to prove his point. He was fond of proving how the exponential function is deceptive using wide variety of cases where it is applicable ranging from population growth to use of non-renewable fossil fuels. The current policy paralysis in tackling the pandemic – so sadly illustrated in countries like Italy, Iran and Spain with many such as UK and USA heading along the same path – proves Prof Bartlett’s apocalyptic comment.

The simplest way to understand the exponential function is to know the difference between simple interest and compound interest. If you start with 100 rupees in the bank and the bank offers 10% simple annual interest, then your money will grow to 200 rupees in 10 years (doubling period). The same 100 rupees when compounded at 10% interest annually would double in 7 years. If you keep doubling every 7 years, the original quantity becomes very large in few doubling cycles. For example, over a period of 70 years (one’s life time), the same 100 rupees at a compound interest of 10% will yield 100 times more than at simple interest. Another famous example closer to the corona pandemic is from Prof Bartlett’s lecture where he gives the example of bacteria growth where the pathogen divides itself every minute. In the example,the bacteria is contained in a small bottle and the bottle fills up with bacteria in exactly 60 minutes. Let’s assume the bacteria start multiplying at 11:00 AM. The doctor asks the students at what time the bottle would be half full? The answer is not at 11:30 AM but a counter-intuitive 11:59 AM. That is exactly one minute before the bottle completely fills up.It is half full or half empty (depending on how you would like to see it) only a minute before 12 noon. At 11:55 AM, a full 55 minutes into the bacteria growth process, the bottle would have been only 3.125% full or 96.875% empty!

What is R0 and why is it important?

In the now famous 2011 movie ‘Contagion’, there is a term ‘R0’ (pronounced R nought) referred to frequently by the epidemiologists  trying desperately to figure out how contagious the virus was.

This term which is also known as the ‘Reproduction Number’ was not invented by Hollywood, rather borrowed from science.It is used to describe the intensity of an infectious disease outbreak. By definition,R0 stands for the number of cases, on average, an infected person will cause during their infectious period. In each of the previous disease outbreaks – during the 2003 SARS outbreak, the 2009 H1N1 influenza pandemic and the 2014 Ebola epidemic in West Africa, the R0 estimates played an important part in characterizing the epidemic and modelling its likely spread. It’s something epidemiologists are racing to calculate for SARS-CoV-2, the virus that causes COVID-19.

The figure is calculated in two ways. The Basic R0 is a theoretical calculation using available data to estimate the maximum number of healthy people an infected person can transmit the virus to under ideal conditions in a given community. On the other hand, the effective R0 represents the likely number of people to get infected given the history of vaccination, herd immunity, social distancing and quarantine measures etc. Therefore, the effective R0 is always less than the basic R0. To give some examples, the R0 of highly contagious disease like measles is 12-18 depending on population density and life expectancy among other factors whereas the influenza or common flu has a relatively low R0 of between 2-3. Measles outbreaks are therefore often explosive, whereas flu spreads in a less dramatic fashion.

This concept of R0 was first introduced by demographer Alfred in the 1920s as a measure of population growth. In the 1950s, epidemiologist George MacDonald used the same principle to estimate the transmission potential of malaria. When R0 is less or equal to 1, the epidemic is controlled.

With COVID-19, we have seen reactions ranging from complete complacence followed by diffident and hesitant actions to outright panic. None other than President Donald Trump tweeted early into the epidemic that far larger number of people died in USA from influenza than the likely toll of COVID-19. The same Donald Trump has now declared an emergency and proclaimed war time powers as the outbreak seem to have overrun the healthcare system and the economy in the most powerful country on earth. As news of the disease being less severe on the youth became known, the younger population tended to take it much less seriously even though as carriers of the virus, they were fully likely to infect someone for whom because of their advanced age or underlying health condition it could very well be fatal. As one looks at the graphs of number of cases and the death toll, it becomes clear (Italy being the best example) that unless drastic measures of social distancing including complete and effective lock down of entire populations are taken, the disease is likely to overwhelm a country’s health care system and ruin the economy. Just like the tail of an exponential curve, in each country the number of cases with time shows a very slow rise leading to complacence only to grow at a rapid rate soon after. While Wuhan in China, the epicenter of the disease showed a successful remedy through ruthless lockdown, Italy has been singularly unsuccessful in clamping down and ensuring its late actions are effectively implemented on ground. The USA, the UK and India are a few days if not weeks behind Italy and we will know in near future, how successful each of these countries have been with their strategies in addressing the pandemic.

For the SARS outbreak in 2003, the R0 was estimated to be 2.75, whereas for the COVID-19, a team of scientists from Imperial College, London has estimated a value in the range of 1.5-3.5. While cases such as Hong Kong, Singapore, South Korea etc. would be at the lower end of the range due to their effective action, Italy, Iran and Spain etc. would be at the upper end of the range. American scholar H L Mencken believed that the nature of human species is to reject what is true but unpleasant and embrace what is obviously false but comforting. In these times of a global pandemic with grave implications, his words taken together with Prof Bartlett’s on our understanding of the exponential function would be greatly helpful in confronting the greatest challenge to humanity since the World War II.

The author is an academician currently visiting Hong Kong University of Science and Technology as a Research Scholar. He can be reached by email at [email protected]