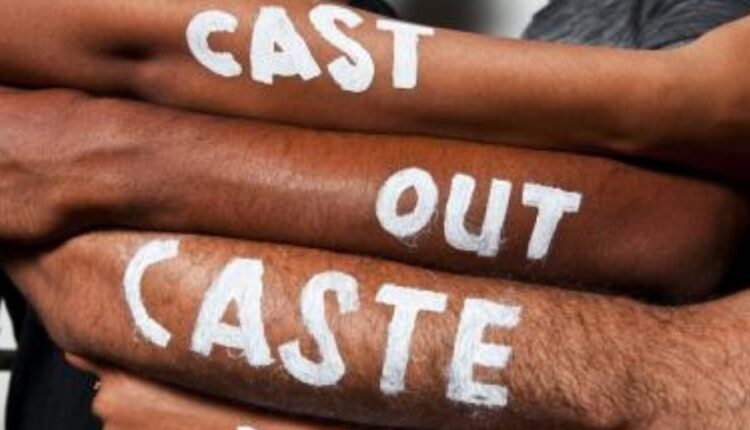 One of the reasons often touted against reservation is that it is anti-merit and goes against the cardinal principle of giving equal opportunity in access to education and employment to all Indian citizens. The recently released details of Civil Services Examination 2022 has shown that 73 candidates have been selected under the EWS quota of 10%. They have performed better than those selected under the OBC quota of 26%. In qualifying marks EWS has a cut off score of 916 as against 910 by OBC and in the Main papers the EWS score is 713 as against 707 by 707. Marks secured by the General Category is about 5% more than EWS, and only 40% of the candidates have made it through real competition. In our quest for socio- economic equity, a toxic process of discrimination, euphemistically called ‘positive’, has roiled the equality of opportunity principle.

It was the Supreme Court, which in its landmark Champakam Dorairajan judgement (1951) had struck down reservation in admission in to medical colleges based on caste. Its main argument was that educational upliftment of weaker sections of society as per directive principle of state policy(Art (46)) cannot override the equality of opportunity principle mandated at Art 29(2). The first amendment in 1951 by Pandit Jawaharlal Nehru nullified the Supreme Court Judgement by incorporating Art 15(3) which allowed caste-based reservation to the states. From SC & ST initially, the envelope encompassed OBCs, witnessing massive protest and immolation in 1990. The USA, as oldest democracy, on the other hand has opted for affirmative action, rather than reservation for its 18% blacks, who are disadvantaged in myriad ways compared to the Whites.

The story of caste-based reservation for SC (16%) and 7% for ST went ballistic when Mr VP Singh in 1990 decided to provide 23% reservation to the OBCs. This was based on Mandal Commission Report of 1980 to give reservation to the OBCs. The Committee had identified three criteria, social, economic and economic for deciding the OBC segment. Based on the Caste Census of 1933, Mandal had pitched for 52% reservation to the OBCs. However, in the Indira Sawney Judgement (1992), the Supreme Court capped the total reservation to 50% for SC, ST & OBCs, so that merit based selection is not consigned to the flames. It also carved out the criteria of creamy layer, as per which those with income above Rs 8 lakh would not qualify for reservation in the OBC category. Strangely, neither the government nor the Court extended the creamy layer concept to SC&ST, under the facile logic that they belong to a different class! The Ashok Thakur judgement in 2008 is a classic example of double speak on creamy layer.

Caste based reservation, championed by Dr BR Ambedkar was meant to be transitory as per the Constitution. However, it gets extended with complete unanimity of opinion among all parties. While moving the 126th amendment in 2019, extending reservation up to 2030, Mr Prasad, the minister observed: “Reservation is undoubtedly good and it should be going on further. This reservation will never be removed.” But the surprise package in the Parliament was 124th amendment which brought in 10% reservation for Economically backward sections in the General Category. This has been a master move by Modi, as it pandered to the upper castes, who have always felt betrayed by reservation available to SC, ST and OBC only, losing sight of rampant poverty and lack of opportunity being suffered by many in the General Caste category.

The trigger for this tectonic political move came from a report submitted by Maj Gen Sinho in 2010. The Committee had visited 28 states and had extensive discussion with all stakeholders. They came to the conclusion that poverty is not a caste based problem but a socio economic one. And that reservation should be on social economic criteria. While most states were keen for 14% -15% reservation for EWS, Tamilnadu and Kerala did not want such reservation. As per Tendulkar Committee Report (2011) , nearly 23.7% of Indians were below the poverty line. The Global MDPI Report (2019) puts the poverty line at 28%. The Sinho Committee found out nearly 18.7% in General Category were in the BPL Category. While the Manmohan Singh government mothballed the report, the Modi government sensed a political bonanza in it by moving a constitutional amendment, reserving 10% for EWS.

The Madras government challenged the EWS reservation in Madras High Court which said that it was impermissible till the Supreme Court approves it. The Supreme Court is hearing the case and has not put 10% reservation on hold but has reiterated that the overall limit of 50% for all categories of reservation as decided in Indra Sawney case should be complied with. The limited issue that the Supreme Court will take up in July, is the basis for determining Rs 8 lakh annual income as the threshold for economic backwardness. Many believe that the limit is rather very high and has a interesting convergence with the creamy layer threshold for OBCs.

A close look at all Supreme Court judgments after 1951;  be it Balaji (1962), Indra Sawney (1992), Nagraj (2006) or Ashok Thakur (2008), clearly reveal that the Supreme Court has always chimed in with government’s reservation policy including the highly contentious decision to have reservation for SC/ STs on promotion. The only occasions when the Supreme Court has shown some firmness are when it has not allowed reservation for Jats in Haryana and Marathas in Maharashtra as OBCs, as they are economically dominant. Sadly, some judges like Justice YV Chandrachud believe that merit is over-hyped and reservation is fair way of achieving socio economic equity. While India’s economic policy is based on market competition, efficiency and high growth, the policy on public employment is mired by reservation; diluting efficiency and disillusioning meritorious students, who are unfairly elbowed out. No wonder, the private sector does not bite the bitter pill of reservation. Its high time India creates enabling environment for economically weaker sections of the society, instead of carrying the fig leaf of caste-based reservation in perpetuity.