The mendacity of easing liquidity 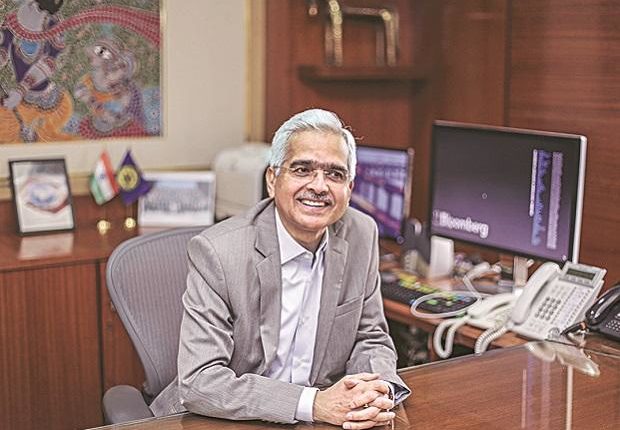 On April 17, in order to battle against the noxious coronavirus-induced recessionary
tendency, the Reserve Bank of India (RBI) has come up with another round of measures to boost
liquidity, incentivise bank credit flows, ease financial stress and enable normal functioning of
markets. However, all those steps seem to be redundant as those don’t address the root causes of
problems and appear to be smokescreens of government’s failure to declare adequate fiscal
packages.

Repo rate is known as the benchmark interest rate at which the RBI lends money to the banks
for a short term against securities. Similarly, reverse repo rate is the short term borrowing rate at
which RBI borrows money from banks against securities. Repo Rate signifies the rate at which
liquidity is injected in the banking system by RBI, whereas Reverse Repo rate signifies the rate
at which the central bank absorbs liquidity from the banks. With this, the spread between the two
policy rates- the repo and reverse repo- has increased for the second time in a row to touch a
four-year high of 0.65 per cent from 0.40 per cent earlier. This will discourage banks from
parking their excess liquidity with the central bank.

According to RBI governor, the decision to reduce reverse repo rate is based on the fact
that banks are parking huge surplus liquid in RBI around Rs 6 lakh crore per day at reverse repo
rate instead of giving credit. To discourage banks to park in RBI and spurring banks to give
credit more, such step has been taken, but RBI should understand why banks are unable to
lend.

RBI has decided to provide special refinance facilities for an amount of Rs 50,000 crores to
National Bank for Agriculture and Rural Development (NABARD), Small Industries
Development Bank of India (SIDBI), and National Housing Bank (NHB) to enable them to meet
sectoral credit needs, infuse liquidity into the market. In another major announcement, loans
given by NBFCs to real estate companies will be given similar benefits as given by scheduled
commercial banks. It may be noted that RBI governor said at least 50 per cent of the amount
availed by the aforementioned banks &quot;must go&quot; to small-sized NBFCs and MFIs.
This has been done to ensure there is adequate bank credit flow for small and medium-
sized companies. But many think that RBI will pay money to them. It is just a rearrangement. A
refinance involves the reevaluation of a person or business credit terms and credit status.

A refinance occurs when an individual or business revises the interest rate, payment schedule, and
terms of a previous credit agreement. Debtors will often choose to refinance a loan agreement
when the interest rate environment has substantially changed, causing potential savings on debt
payments from a new agreement.

RBI has decided to conduct targeted long-term repo operations (TLTRO 2.0) for an aggregate
amount of Rs 50,000 crore, to begin with, in tranches of appropriate sizes. RBI Governor
announced that the earlier TLTRO scheme mostly helped PSUs and large corporations and this
would be targeted at supporting corporate and smaller private entities. The funds availed by
banks under TLTRO 2.0 should be invested in investment grade bonds, commercial paper, and
non-convertible debentures of non-bank financial companies (NBFCs), with at least 50 per cent
of the total amount availed going to small and mid-sized NBFCs and micro finance institutions
(MFIs).

This term, targeted long-term repo operations (TLTRO) is imitated from European system
while ‘Operation Twist’ from Federal Reserve of US. The targeted longer-term refinancing
operations (TLTROs) are Eurosystem operations that provide financing to credit institutions.
Last time under LTRO, RBI planned auctions of targeted term repos of up to three years tenor of
applicable sizes for a total amount of up to Rs.1 lakh crore conducted at a floating rate linked to
policy repo rate. Rs 75,041 crore was injecting cumulatively to ease liquidity constraints in the
banking system and de-stress financial markets. Another TLTRO auction worth Rs 25,000 crore
will be done shortly.

It may be noted that banks also classify NPAs further into Substandard, Doubtful and Loss
assets. Substandard assets are assets which has remained NPA for a period less than or equal to
12 months. Doubtful assets are   classified as doubtful if it has remained in the substandard
category for a period of 12 months. Loss asset is considered uncollectible and of such little value
that its continuance as a bankable asset is not warranted, although there may be some salvage or
recovery value.”

The Reserve Bank of India (RBI), also, announced a 60 per cent increase in the Ways and
Means Advances (WMA) limit of state governments over and above the level as on March 31,
with a view to enabling them “to undertake COVID-19 containment and mitigation efforts” and
“to better plan their market borrowings”. WMA means is a facility for both the Centre and states
to borrow from the RBI. These borrowings are meant purely to help them to tide over temporary
mismatches in cash flows of their receipts and expenditures. In that sense, they aren’t a source of
finance per se.

Section 17(5) of the RBI Act, 1934 authorises the central bank to lend to the Centre and state
governments subject to their being repayable “not later than three months from the date of the
making of the advance”. The interest rate on WMA is the RBI’s repo rate. The governments are,
however, allowed to draw amounts in excess of their WMA limits. The interest on such overdraft
is 2 percentage points above the repo rate.

Further, no state can run an overdraft with the RBI for more than a certain period. For the
Centre, the WMA limit during the first half of 2020-21 (April-September) has been fixed at Rs
120,000 crore . For the states, the aggregate WMA limit was Rs 32,225 crore till March 31,
2020. On April 1, the RBI announced a 30 per cent hike in this limit, which has now been
enhanced to 60 per cent, taking it to Rs 51,560 crore. The higher limit will be valid till
September 30. The central bank, on April 7, also extended the period for which a state can be in
overdraft from 14 to 21 consecutive working days, and from 36 to 50 working days during a
quarter.

Actually, RBI’s step is undemocratic as RBI governor ignored Monetary Policy Committee
(MPC) while taking decision. Furthers he failed to understand the basic problems plaguing
Indian economy. When banks are flush with liquidity, what is the necessity of infusing liquidity
again? Even three months back the approach of the banks was one of extreme caution. In last
credit policy declared on 27 March 2020, to nudge banks to lend to the productive sectors of the
economy, RBI governor had made provision of injecting liquidity of Rs 3.74 lakh crore in the
market through reduction of cash reserve ratio, targeted long-term repo operations (TLTRO) of
up to Rs 1 lakh crore, the easing of MSF borrowing requirements. But it has no such discernible
impact.

Banks are not lending or investing because they fear that under the current conditions they may
be badly impacted if they employ the money for investments or lending. But major reason is
credit off take has squeezed due to decline in economic activities spawned by lockdown.
Unless, demand for credit off take increases, bank has no alternative except parking in RBI
through reverse repo rate. RBI governor should first address NPAs problems which will assume
gargantuan proportion due to Covid-19. Government should take recourse to fiscal package to
bolster purchasing power and demand. When banks are unable to lend and get lower interest
from RBI due to reduction in reverse repo rate; their profitability will be severely affected. Now
fiscal package is important to spur demand and revive economy.RBI role is limited.
The RBI’s announcement comes in the wake of downgrading of economic growth in the
current fiscal. The World Bank has forecast India’s economic growth at 1.5-2.8 per cent in 2020
while the IMF has predicted the growth to slip to 1.5 per cent. Barclays has projected zero
growth for 2020. RBI predicts growth rate of 1.9 percent in 2020-21 and world will lose GDP by
9 trillion dollar. Surprisingly when RBI is not sure of estimating GDP for next month, it has
predicted 7.4 per cent growth in coming fiscal which is absurd, unrealistic just to create illusion.

*The author is an Odisha-based eminent columnist/economist and social thinker. He can be
reached through e-mail at [email protected]

DISCLAIMER: The views expressed in the article are solely those of the author and do not in
any way represent the views of  Sambad English.