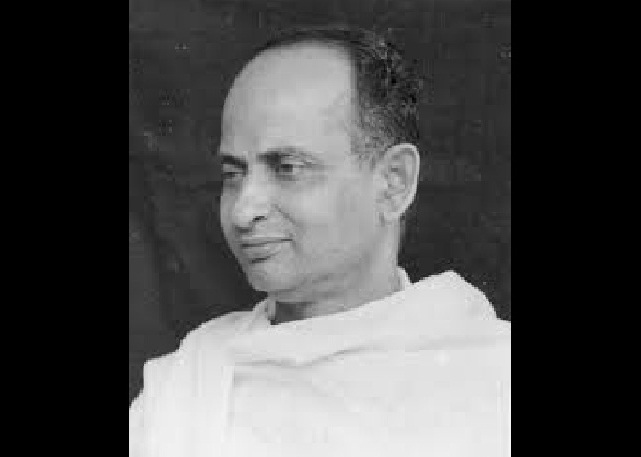 Kantakabi Laxmikant Mohapatra, the famous poet who penned ‘Bande Utkal Janani’ is revered all over Odisha not only for his literary works, but also for the stellar roles his family members have played in the state politics. His father Choudhury Bhagabat Prasad Samantray Mahapatra was the Deputy Speaker of the Bihar-Odisha Provincial Council. His sisters Kokila Devi and Janaki Devi were two leading freedom fighters and his eldest son Nityananda was a member of State Assembly for three successive terms, who went on to become a minister in 1967.

Nityanand was born on a very very auspicious day on the 17th of June in 1912, when the Car Festival of Lord Jagannath was being held in the Nabakalebar year. He left his school studies to join the freedom movement at a very young age and was jailed seven times during period from 1930 to 1946. A brilliant writer and orator, he was initiated by Guru Sri Sri Ramdas Babaji in his childhood and was leading the life of a dedicated Karmayogi. This simple, humble and spiritually oriented person entered electoral politics in 1952. In the First General Elections being held that year under the new Constitution, he contested for Lok sabha from Baleswar (Double) constituency. But this was too big a challenge for the newcomer. He was defeated by the Congress candidate Bhagabat Sahu. “I was defeated by a margin of more than one lakh votes”, says Nityananda in a write up ‘Mo Katha’ compiled in the commemorative volume ‘Saheti Sarata’ published by Aama Odisha. “I could not cover 7 assembly segments out of 12 in the constituency. It was impossible to cover on my bicycle.”

In the next elections in 1957, he chose to contest for Bhadrak Assembly seat and tried to get a ticket from Congress Party. But the party fielded Mohammed Hanif, who had won from Bhadrak in 1952 and was the Deputy Speaker in the Assembly. It was a tough fight as the Prime Minister Jawaharlal Nehru himself came to campaign for the Congress candidate. But to everybody’s surprise, Nityananda Mohapatra, who was fighting as an Independent, defeated Md. Hanif by a margin of 1768 votes.

Mohapatra’s popularity was constantly on the rise. In 1961 assembly elections from Bhadrak he repeated the feat again against the same candidate from the same party with a higher margin of about 4000. And in 1967 assembly elections, the victory margin swelled to nearly 21,000 votes. This time he was fighting on ‘Jana Congress’ ticket and the opponent was Ratnakar Mohanty from Congress Party. Jana Congress and Swatantra Party came together to form a coalition government in the State under the leadership of Rajendra Narayan Singhdeo in 1967 and Nityananda Mohapatra was inducted as a Cabinet Minister in charge of Civil Supplies and Cultural Affairs. That was a high point in Mohapatra’s political career.

But Ministership could not have any impact on his personal life and character. “Nityanand Babu was the first minister of the State who would come to office on a bicycle”, says Janaki Ballav Patnaik in his write up in ‘Saheti Sarat”. “He was an epitome of simplicity, humility and sincerity.” It would not be correct to say that Mahapatra had no problems with the political set up of his time. A simple and trusting person that he was, he had his own share of frustrations as well. “I have realised from my long political career that it is impossible for a person who cannot practise hypocrisy or manipulation to be successful in today’s politics”, says Nityananda. “This is the bitter lesson I have learnt.”

Nityananda Mohapatra would sign his name in Odia and put his initials as ‘Ni’ and ‘Ma’, which reads as ‘Neem’. Whatever bitter lesson he might have learnt from his political career, this Minister who cycled his way to office definitely had a strong therapeutic and cleansing effect on the polity.