The People’s Princess: we bet you haven’t heard these lesser known facts about princess Diana 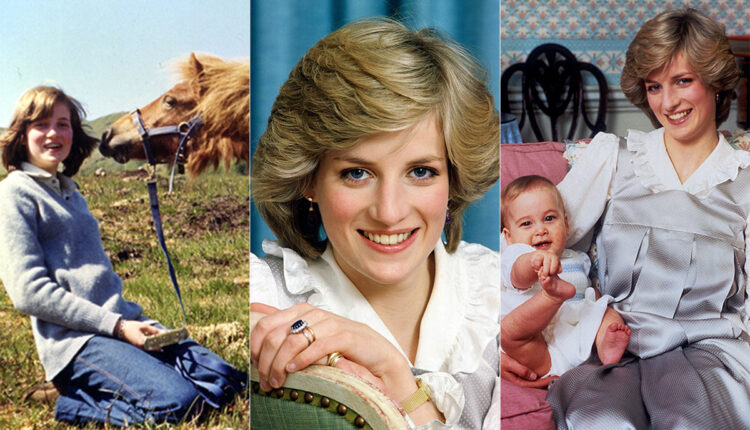 Diana, Princess of Wales or commonly known as the ‘People’s Princess’ was inarguably one the biggest and most influential figures under the royal British crown. Subsequent to her marriage to Prince Charles, Diana caught the public eye for her unconventionality and charisma. From being THE fashion icon in the 90s to a humble campaigner for human rights to being a commoner- a wife and a mother- princess Diana was truly the one member of the royal family who managed to fascinate anyone who took one look at her. Shrinking off the image of an outsider and discarding the imperial dictums- Diana had a mind and a colourful personality of her own. Today, She is remembered, not only for her glamour and activism but also for her popularity among the common people.

Years have passed since she globally mourned death while her legacy continues to flourish. She has been the feature of several movies, shows, and documentaries- that have managed to have us all glued to our screens. Recently, Netflix released the season 4 for its celebrated series, ‘The Crown’ that takes us on a journey around the mystical life of Princess Diana. As it turns out, the masses are yet again overwhelmed by the fascination revolving around the life and death of the princess. Despite all the books, and the movies, the hunger for ‘all details Diana’ is still enormous. So, let’s take a look at some of these lesser-known facts that we bet you didn’t know about our favourite princess!

Lady Di was a school drop-out

In case you’ve ever felt worthless for failing a class or for not being good at math, you’ll be relieved to know that even Princess Diana was a school drop out. The princess of wales struggled in school and even failed her O-level exams twice. The soon-to-be princess was 16 when she dropped out of school. She later enrolled at a finishing school in Switzerland but dropped out once again after she met Prince Charles.

Funniest person in the room

Princess Diana was known for her cheery personality and an amazing sense of humour. What was even better than her sense of humour was her natural talent for mischief! This one time, the princess along with Fergie attempted to prank Prince Andrew by dressing up like police officers crashing his bachelor’s party. What happened next was even funnier- she ended up getting round in a van by REAL police officers! Another time, Diana targeted her Kensington Palace neighbor, Princess Michael of Kent, who disliked her.  She pulled on a workout thong and paraded herself outside her enemy’s window, leaving the latter in utter dismay!

The princess spent her childhood on the queen’s estate

Her family had very close ties with the royal family. The Spencers were one of Britain’s oldest aristocratic families, and Diana’s grandmother was the monarch’s ladies-in-waiting.  In fact, Queen Elizabeth even attended Diana’s parents’ wedding. This explains why even though the princess’s ancestral home was the grand estate of Althorp, she was born on the queen’s Sandringham estate. The estate was the private home of the Queen when Diana lived there until age 14. She spent her later teen years at her ancestral home.

She documented her life on tapes

Princess Diana was quite vocal about the problems she encountered in her failing marriage and also about her deteriorating mental health. Like a journal entry, the princess instead took to expressing herself on tapes. Many of her deepest secrets regarding her marriage, her affairs and even her eating disorder have been documented on tapes. It is rumoured that the princess started recording these tapes back in 1991 forthwith, she had a friend deliver it to a British journalist, Andrew Morton.

Rockstar, Freddie Mercury snuck her into a gay bar

This story is as crazy as it gets! We all know about our favourite iconic rockstar, Freddie Mercury AND we obviously know about princess Di- BUT what most people don’t know is that the former once disguised the princess to look like a male model so that they could sneak into a gay bar. Incidentally, this was not the only time the princess disguised herself to look like a man just so that she could take a day off to party like common folk. She was also very good friends with other iconic rock stars such as George and Bowie.

Oddly enough, since the Spencers were friendly members of the aristocracy, prince Charles had initially dated Diana’s older sister, Sarah. In fact, they were quite an item for several months in 1977 but ceased to be one after a ruthless interview that Sarah had with Mirror. In the interview, she made it very clear that she had no intentions of marrying the prince. “If he were the dustman or the King of England,” she had said. What’s even more astonishing is the fact that at the time Princess Diana was only sixteen years old- very young, as compared to Charles who was 29.

We all know that princess Diana was the first royal to have given birth in a hospital whilst her husband, prince Charles accompanied her. What most people don’t know is that she gave birth to Prince william while standing! She had a natural birth with no pills or anesthesia. When the time to push out baby William came, she stood up and pushed the baby out while Charles held her.

She was the first english royal bride in 300 years

Through centuries, the royal family had made strategic royal marriages with other royal houses of europe. Consequently, prince Charle’s background is mostly German. However, Diana’s aristocratic family has been rooted in England and was English through and through. When she married Charles, Diana was the first English bride in 300 years.

Diana was not buried in a royal site since she was divorced and stripped off her HRH title. So instead, her brother had her buried in the middle of an oval lake in her ancestral home of Althorp. The island today is not open for visitors but two months out of the year, people can pay their respects at a small temple built for Diana on the shore. Her brother, Charles had recently informed that there have been four attempts to rob the grave but without success.

Earlier known as the ‘sunken garden’ was the late princess’s favorite place in the palace. Post her death, millions of flower bouquets left by mourners at the Kensington Palace gate were gathered up and used to fertilize the garden. Afterwards, in 2017 the mulch of the garden was used to make an all-white garden that opened on the 20th anniversary of her death. Recently, Prince Harry and Meghan had their engagement photoshoot in this very garden as a sign of including the princess in their happy moment.