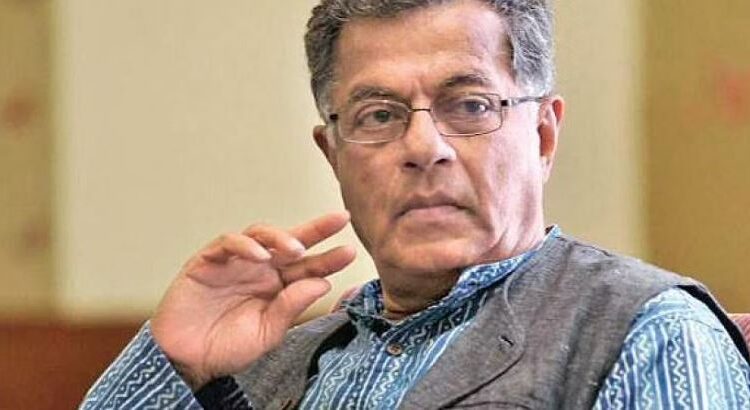 Girish Karnad was one of modern India’s greatest cultural icons, an accomplished actor, a path breaking director, a clearheaded and erudite thinker, a public intellectual and activist and above all the most extraordinarily gifted playwright of his times. His rise as a playwright in the 1960s marked the coming of age modern Indian play writing in Kannada, just as Badal Sarkar did in Bengali, Vijay Tendulkar in Marathi and Mohan Rakesh in Hindi. While these script writers were influenced by masters like Ibsen, Brecht, Beckett and O’Neill, yet they were strongly rooted to indigenous culture and tried to use history and mythology to showcase their contemporary relevance. The 50s saw the rise of parallel cinema with Satyajit Ray, at his cinematic best with the Apu trilogy (1955-1959). Ray was deeply influenced by the neo realist Italian cinema of De Sica (Bicycle Thieves: 1948) and Jean Renoir, whom he helped during shooting of his film The River (1951) in Calcutta. Yet his originality, eye for details and indigenous flavour stood out and gained him global recognition. Theatre also catapulted Karnad both on the national stage and internationally in th 60s & the 70s.

Girish Karnad cut his academic and artistic teeth in the cultural capital of Karnataka, Dharwad. He had the genes of a father who had married a widow with a child. His marriage was performed with Arya Samaj rites, because the society did not accept their marriage. The widow remarriage movement of Vidyasagar in Bengal had found resonance in Dr. Raghunath Karnad in Karnataka and Girish Karnad was his fourth child. Karnad took Maths and Statistics in B.A., so that he could get a first division to win a Rhodes scholarship. He not only went to Oxford with the scholarship, but he became the President of Oxford Union from 1962 to 1963. During this time, he sketched T.S. Eliot and got his autograph. Initially, he wanted to write in English and become Eliot of India. However, the Kannadiga in him prompted him to get back to his roots to study the works of Bendre, U.R. Ananth Murthy, Ramakant Joshi and Kuvempu. He wrote remarkable plays like Yajati, Naga-Mandala, and Tughlaq. He was also closely involved with India’s parallel cinema in Hindi when he acted in Shyam Benegal’s movies like Nishant (1975) and Manthan (1976). In Manthan, he captured the idealism of ‘White Revolution’ triggered by Verghese Kurien delectably. He also acted in several other movies like Swami, Dor and played the role of the father in TV serials like ‘Malgudi Days’, earning an all India approbation.

The play that catapulted him to a cult status was, however, Tughlaq (1968) where he brought out how Muhammad bin Tughluq, a rashly idealistic 14th Century Sultan of Delhi, was ahead of his time, but impractical, with his experiments failing because of his impetuosity. Tughluq was an allegory of the Nehruvian era which started with the ambitious idealism of socio economic justice and ended with the whimper of poor growth, rampant public sector inefficiency and Chinese debacle. Mrs Gandhi at the height of emergency watched this play being staged at Purana Qila (1977), with Manohar Singh, playing the protagonist with rare aplomb.

He as a child in the 1940s was raised in a world without electricity, yet culture electrified him. He always had nostalgia for many shades of darkness and stories that they spawned. These two elements of his childhood, darkness and storytelling, found a resonance in the theatre hall, he loved the most in his life. His creative journey was linked to electrification of Indian culture.

He was a strong proponent of multi culturalism and freedom of expression. He was a sharp critic of religious fundamentalism. He publicly condemned demolition of Babri Masjid in 1992, and wrote an open letter against hate politics, and advocated for “diverse and equal India.” On 15th June 1993, he went to Ayodhya and anchored a program of 100 artists, including Sitara Devi and Kelucharan Mohapatra. As they joined in night long performance of music and dance on the Ram Ki Paidi Ghats, they reclaimed the city from the vandals.  He protested against communalisation of Baba Budangiri shrine in Chickmagalur 2004 along with UR Ananthmurthi. He also suggested that the airport at Bangalore be named after Tipu Sultan who was truly a visionary and patriot. His personal conviction was to stop the poisoning of the well of secular coexistence.

Dharwad, where he spent his youth, was the unique confluence of Hindustani and Carnatic music. It was called the cultural capital of Karnataka where artists from the north with Hindustani music performed with Carnatic musicians from the South during the winter. This festival in Dharwad- Hubli belt is unique, as Pandit Bhimsen Joshi, sang with Mallikarjun Mansur. No other patch of India’s geography has produced the kind of music maestros as this place. Sadly the political landscape Karnataka has been vitiated in recent years by the rising tide of hardcore right wing ideologues. This troubled Karnad no end. His refusal to compromise with any lumpen politics meant he was frequently at the risk of physical attack. Yet he was unafraid.

He was the quintessence Renaissance man, in the tradition of Raja Ram Mohan Roy, Tagore and Satyajit Ray, who cared for India’s multiculturalism, beauty of its plurality, with strong sense of pride in our indigenous culture and beauty. He was profoundly influenced by the masters of world cinema like Akira Kurosawa and Ernst Ingmar Bergman. In fact, his film Ondanondu Kaladalli (Once Upon a Time), was based on Kurosewa’s film Seven Sumrai. He wrote in his native language and conncted globally. In 2015, he stood with Gauri Lankesh in vigil when Kalburgi, the noted epigraphist was killed for speaking against superstitions in Hinduism. Two years later, he sat with a placard ‘Me Too Urban Naxal’, when Gauri Lankesh was brutally murdered because of her sharp criticism of right wing Hindu extremism. He was never a fencesitter and would always be remembered as an anchor against a bleak tide of communalism that is sweeping this nation. Karnad was the last renaissance man India had. He would have been 84 this month.

Prof Misra is a theatre buff.