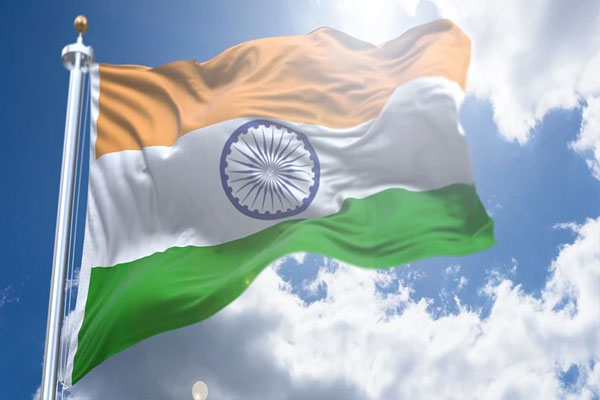 As the Indian republic steps into its 72nd year, one is amazed by the enduring continuity of the basic structure doctrine coined by the Supreme Court in the iconic Keshavananda Bharti Case in 1973. Concepts like democracy, universal suffrage, ideals like federalism & secularism, salience of separation of powers, free and fair elections and independence of judiciary have come to stay and struck deep roots. However, there are two areas where there are rumblings, like scrapping socialism from the script of the preamble, by supplanting the Parliamentary form with Presidential form of government.

The choice of Parliamentary system was largely because of India’s familiarity with UK parliamentary system. However, there were prominent detractors like Dr. B.R. Ambedkar who was more in favour of Presidential form of government. Mahatma Gandhiji, on the other hand, wished for a system based on Village Panchayats rather than copy the British. He wrote “If India copies England, it is my firm conviction that she will be ruined”. Ambedkar was very critical of the proposed Panchayat Raj system as he believed that it will only bolster upper caste domination of political power further an foster casteism and communalism.

However, it was Pandit Jawaharlal Nehru who tilted the balance for adopting parliamentary system. Mr. K.M.Munshi, a revered member of the constitutional assembly, also wrote “If I was to make a choice again, I would vote for the presidential form of govt. so that when the politician fails the country, at least one organ of the state is capable of tiding over the crises”. Much later Mr. R. Venkat Raman as President had expressed grave doubts regarding the future of parliamentary democracy. He was alluding to the emergency years (1975-77) when there was a mockery of collective responsibility as the President was made to sign an order without the approval of the cabinet. As Granville Austin, the celebrated jurist, observed “repression was piled upon repression and light seem to have gone out of India’s constitution”.

The suggestion for a Presidential form hinges on four pillars. Firstly, it enables the President to have a cabinet of outstanding professional competence and merit without the choice being restricted to the elected MPs. Secondly, since the cabinet members are not elected, they would not be motivated to adopt chief populist measures. Thirdly, it permits cabinet ministers to be more involved in the job of governing the country instead of endless politicking. Finally, it would discourage defection, and horse trading, which has become a vexatious issue in the event of hung Assembly or Parliament.

After nearly 30 years of economic globalisation, there is an all pervading feeling that slogans like Garibi Hatao and Sab Ka Saath Sabka Vikash rest on shallow sand. The biggest casualty has been poor delivery mechanism of basic services like quality primary education, affordable health care, proper sanitation and lack of accountability of the govt. Malnutrition amongst children is rampant (43%) as per Rapid Survey of Children 2014.  Nearly half of the adolescent girls who will become future mothers are anaemic. This is a major cause of high maternal mortality rates of 174 per lakh as against a target of 80 by the Sustainable Development Goals. The National Nutrition Mission to eliminate hunger, stunting, and wasting amongst children has largely failed. Income inequality has been on the increase, due to public policy which promotes crony capitalism.

In contrast, under the presidential form of government, Franklin D Roosevelt ensured that USA comes out of the quagmire of economic depression through massive investment program, called the New Deal. America which was languishing with around 28% unemployment in 1929 had achieved full employment and ensured through a slew of social protection measures like right to food, health and social security that the country cares for its unemployed and most vulnerable. America became the global hegemon by the end of the Second World War. Similarly, President Johnson inked the great society programme in the 1960s which has helped in reducing racial injustice and poverty significantly. FDR had the benefit of having as his cabinet colleagues like reputed corporate leaders like Nelson Rockefeller who were called ‘one dollar men’ in his cabinet.

It is apprehended that any move to convert India to a presidential form of govt. will offend the basic structure doctrine. This is a debatable issue. There is no permanence to the constitution and it has to evolve over time as Thomas Jefferson, the architect of the US constitution had once observed “No one generation can bind another. The creator has to make the earth for the living and not for the dead”. In a similar vein Dr. Ambedkar had also written that “the constitution is not merely a lawyer’s documents but a vehicle of life and a spirit should always be the spirit of age. The time to debate presidential form of govt. has come.

The other issue which has been attracting attention is the private member bill tabled by KJ Alfonse, MP to replace the word socialism in the preamble of Indian constitution with the word equitable, as socialism carries the political connotation of erstwhile USSR socialist era. Besides, Chief Justice Pankaj Mittal of J&K High Court in an address in December 2021 to the RSS rally had observed that socialism and secularism in the constitution has narrowed India’s spiritual image. While the diatribe against secularism is ill founded as clarified by the Supreme Court in the Bommai case 1994, socialism as an economic ideology has been on a troubled terrain, when India embraced economic liberalization in 1991. Here lies the dissonance between our Preamble to foster social justice and the need to promote economic efficiency by encouraging market forces to operate. This dichotomy needs to be overcome by promoting shared prosperity, closing the chasm of opportunity in terms of quality foundational learning, basic health care at affordable cost and digital access to the bottom half of our population. Market fundamentalism cannot be a substitute for socio economic justice for all.

*The author is a retired Indian Economic Service officer and is currently working as Dean of a management school in Bhubaneswar. He can be reached through e-mail at [email protected]