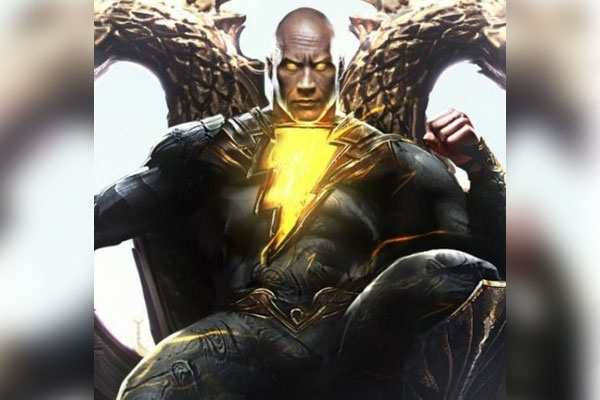 Los Angeles: Dwayne ‘The Rock’ Johnson treated his fans to the first teaser of ‘Black Adam’, the anti-hero film from the DC Extended Universe directed by Jaume Collett-Serra and co-written by Sohrab Noshirvani of ‘The Mauritanian’ fame. Collett-Serra directed Johnson most recently in Disney’s hit film, ‘Jungle Cruise’.

Describing the character he had first signed up to play in 2014, Johnson tweeted on Saturday: “He is ruthless. He is unstoppable. He is the reason the hierarchy of power in the DC UNIVERSE is about to change.”

Johnson’s Seven Bucks Productions has co-produced the movie with DC Films, New Line Cinema and FlynnPicture Co, which has made a number of films starring the wrestler-actor, including ‘Skyscraper’.

Along with Johnson’s character, according to Variety.com, ‘Black Adam’ also focuses on the members of the Justice Society: Aldis Hodge as Hawkman, who can fly thanks to his special metal wings; Noah Centineo as Atom Smasher, who can control his molecules and thereby change his size, density and strength; Quintessa Swindell as Cyclone, who can control the wind; and Pierce Brosnan as Doctor Fate, an archaeologist who becomes a powerful sorcerer while wearing the Helmet of Fate.