The shipwreck which got the railways to Odisha 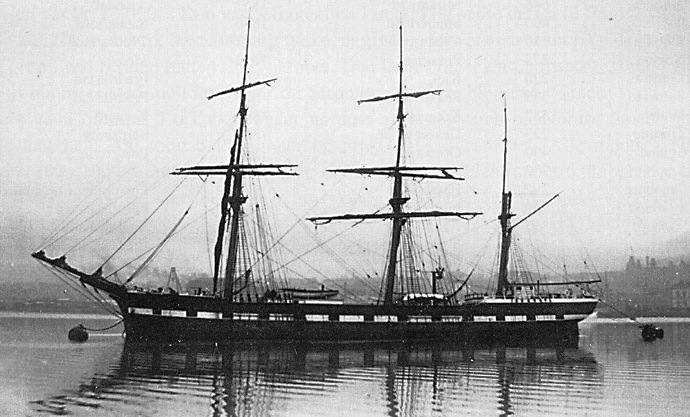 An Odisha-based eminent researcher and historian has pulled out startling facts on a horrific sea tragedy which laid the foundation for laying of railway tracks to Puri.

On the 130th anniversary of a shipwreck that spurred the railways to Odisha, historian Anil Dhir has brought to light the forgotten tragedy.

The researcher has discovered an interesting aspect of the history of the advent of the railways to Puri. According to Dhir, the coming of the railways to Odisha was directly linked to a shipwreck that happened in the Bay of Bengal on May 25, 1887.

Over 750 lives were lost when the steamship “Sir John Lawrence” sank in a cyclonic storm after leaving with passengers, mostly women, who were on their way to Puri. The pilgrims embarked the ship from the Chotulal Ghat at Kolkata for Chandbali from where they would have gone to Cuttack and then to Puri. It was the biggest shipwreck of the time with the loss of nearly 800 lives.

Plans about the construction of a railway network in Odisha were mooted as early as the 1860’s when two early British promoters of railway construction in India, Marshman and Stephenson, had taken the assurance of the Dharma Sabha of Calcutta that a pilgrim might ride in a train without losing his caste and the merit of his pilgrimage.

Chandipur test range in Odisha might be opened to Singapore

Cyclone Bulbul: Bengal boats stranded in sea to be docked at…

In 1866, the colonial administration had disregarded a ‘Petition of the Inhabitants of Cuttack’ for the construction of a light railway line between Howrah and Puri for the benefit of Jagannath pilgrims. The Famine Commission recommendations harped on the lack of adequate communications and laying of railway was mentioned. Further appeals were made in 1874 and 1878 which too had been turned down. In 1881, Baikuntha Nath De, an influential Zamindar, founded the ‘Balasore Railway Committee’, which sent a carefully prepared memorandum to the government of Bengal asking for the construction of a direct rail link between Calcutta and Madras through the Orissa coastal plains and of a branch line to Puri.

This railway, they argued, would not only provide a faster and safer means of transport for the  Jagannath pilgrims, but would also reduce the incidence of cholera epidemics by improving the pilgrims’ lot and could, furthermore, serve as a famine protection line. The large number of pilgrims travelling to Puri, which they estimated to be between five and six hundred thousand annually, would guarantee handsome profits to investors. These appeals were repeated time and again in Oriya and Bengali newspapers from the 1880 onwards.

A few foreign companies took advantage of the growing demand and started steamer services between Kolkata and Chandbali. Steamships which could take on a thousand pilgrims were operated and the services advertised in the papers. The passage fare was expensive and mostly the rich took the steamers. They would send the children and womenfolk on the steamers and they themselves took the Jagannath Sadak. The five to six day sea journey would bring the pilgrims to Chandbali from where they would make their way to Cuttack by palanquins or bullock carts.

McLin and Company ran a regular service on their steamship ‘Sir John Lawrence’. On May 25, 1887, the ship sailed from Kolkata for Chandbali with 750 passengers, mostly women and a crew of 30 comprising of six Englishmen. Nothing was known of the ships for two days, until another ship reported wreckage and dead bodies floating off the coast. The ship had sunk with its entire passengers just a few hours after it had steamed off. Most of the women who perished were from well-to-do Kolkata bhadralok families. The few Englishwomen who drowned were wives of high officials. The Report of the Marine Court of Inquiry to the Government of Bengal found that the Sir John Lawrence carrying more than her proper complement of passengers and that the tragedy occurred due to the shipmaster’s irresponsible navigation. This led to an uproar and the demand for the railways to Puri became more strident.

The widely distributed Bengali newspapers took the lead in the campaign and that the tone became more insistent. The Bangabasi wrote: ‘Railway lines have been constructed in all directions for the benefit of Europeans and of their trade. The interests of natives of India have been sacrificed to the interests of Europeans. A railway line to Puri will be hailed with delight by 16 crores of Hindus, for it will lessen the dangers and difficulties, and put an end to their sorrows and fears.’

The Dainik too argued on similar lines: ‘It is the fault of Government that a railway to Puri has not yet been opened. The Darjeeling Railway has been constructed for the convenience of hill-going Europeans; railways have been constructed in Assam for the benefit of tea-planters; and arrangements are in progress for constructing railways to the different sanatoriums of the different Governments. But no railway has yet been constructed for the safety of the hundreds of thousands of Hindu pilgrims to Puri. In vain have the people of Orissa and the whole Hindu Community of 16 crores of people repeatedly prayed for a railway to Puri.’

The public pressure had its effect and the survey for the ‘East Coast Railway’ from Calcutta to Cuttack, with a branch line to Puri, was finally sanctioned. The Line opened in 1899, but the full journey was possible only from 1900 when the bridges over the major rivers of Odisha had been completed.

The only testimonial of this shipwreck is a small marble plaque put up by a group of English women in the Chotulal Ghat at Kolkata in memory of the unfortunate pilgrims who lost their lives at sea. Dhir recently discovered the marble tablet on which is faintly written: “This stone is dedicated by a few English-women to the memory of those pilgrims, mostly women, who perished with ‘Sir John Lawrence’ in the cyclone of 25th May 1887.”