The stunning Lady Mountbatten had at least 18 lovers, claim reports 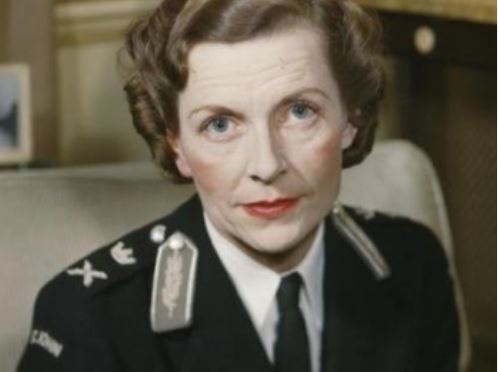 New Delhi: Rumours that Lord Mountbatten was secretly bisexual have now resurfaced in a 600,000 pounds court battle between the UK Cabinet Office and historian Andrew Lowrie, who is fighting for the release of letters and diaries he believes will back the claims, The Sun, UK reported.

“A stunning but highly-strung socialite, Edwina – who was named the sixth best dressed woman in the world at the time – had at least 18 lovers including singer Leslie ‘Hutch’ Hutchinson, whom she once gifted a jewel-encrusted penis sheath,” The Sun, UK reported.

He also demanded the release of private letters to Edwina, which he believes could contain evidence of bisexuality, and reiterated claims that Lady Mountbatten had a long affair with former Indian Prime Minister Jawaharlal Nehru, The Sun reported.

Louis – affectionately known by his family as Dickie – was often away with the navy and cracks began to show in their marriage after the birth of their first daughter, Patricia, in 1924.

Edwina was so jealous of the attention the baby got that she packed her off to a nanny the South Coast and embarked on a series of affairs.

She soon surrounded herself with a harem of lovers she referred to as “ginks” — including Lord Molyneux, a rich American polo player called Laddie Sandford and newspaper editor Mike Wardell.

Daughter Pamela Hicks later revealed that several admirers were often in tow at the same time, and even had to be kept apart at the family home, Broom House in Park Lane, the report said.

“When my mother returned from shopping one day she was met with, ‘Mr Larry Gray is in the drawing room, Mr Sandford is in the library, Mr Ted Phillips is in the boudoir, Senor Portago (is) in the anteroom and I don’t know what to do with Mr Molyneux’,” she wrote, as per the report.

Divorce, especially within the Royal family, was frowned upon and Pamela said the fallout was “messy and complex”.

“When my father first heard that she had taken a lover, he was devastated,” she said.

“But eventually, using their reserves of deep mutual affection, my parents managed to negotiate a way through this crisis and found a modus vivendi (way of life).”

The pair agreed to a “discreet” open marriage and Pamela said that her father’s “total desire for my mother’s happiness” was what made the marriage work.

When her husband was posted to Malta, in the early 1930s, Edwina enjoyed a fling with American golfer Bobby Sweeney.

In 1947, Lord Mountbatten was appointed Viceroy of India and charged with overseeing the country’s transition to India and the couple moved to Delhi.

“There, Edwina was to find her most enduring love affair – with Indian Prime minister Jawaharlal Nehru who, at 58, was ten years her senior,” The Sun reported.

As Mountbatten himself wrote to his daughter Patricia, “She and Jawaharlal (Nehru) are so sweet together, they really dote on each other”, the report said.

When the Mountbattens left India, in 1948, Edwina would return to visit yearly and Nehru would make an annual trip to London whenever she was there, the report added.

In between, they wrote long love letters to each other.

Edwina died in 1960, at the age of 58, from unknown causes – with a pile of Nehru’s letters by her bed – and Pamela said Dickie remained loyal to the end, the report added.

Guru Tegh Bahadur Martyrdom Day 2021: All you need to know about Shaheedi Divas

Hours after taking pledge to not consume alcohol, Bihar headmaster gets arrested in…

Kejriwal urges PM Modi to stop flights from countries with…