The summer of ’83: When minnows stunned the world 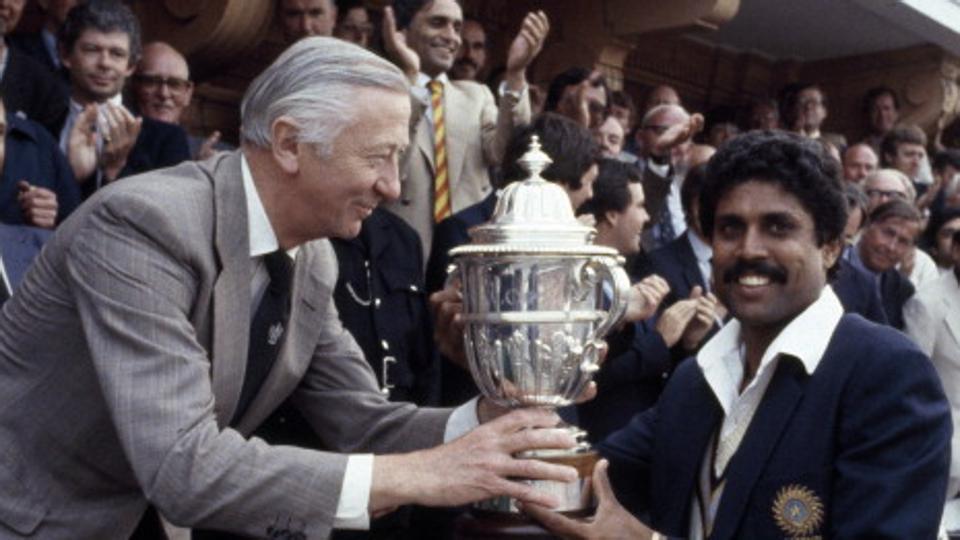 London:  Defying all odds, the Indian cricket team had their last laugh on this day 39 years ago, when they won the first-ever Cricket World Cup title and brought the trophy home.

On June 25, 1983, the Indian cricket team under the captaincy of Kapil Dev, defeated West Indies in the finals by 43 runs at Lords.  The team’s journey into the finals was quite shocking and equally interesting, especially after the disappointing performances in 1975 and 1979, in which they could not make it beyond group stages. With four wins and two losses, they had moved to the semi-finals by defeating Zimbabwe, West Indies, Australia and later England.

West Indies had already become favourite, especially after their previous two world cup wins in 1975 and 1979. They were at the top of their group with five wins and a loss. In the semi-finals, they had defeated Pakistan by eight wickets.

On the very day that scripted history for the history of Indian cricket, the Indian team, put to bat first, had a disappointing start. The team lost its star batter Sunil Gavaskar for just 2. Kris Srikkanth and Mohinder Amarnath took forward the game by making a 57-run stand which was smashed by pacer Malcom Marshall when he dismissed Srikkanth for 38.  The game was carried forward by Yashpal Sharma and Amarnath until Michael Holding dismissed him for 26. India was 3/90 at the moment and from there, team India’s performance crumbled down the hill. The team was losing wickets every now and then. Sandeep Patil with a 27 tried to steady the ship for India.

Patil was backed by Kapil Dev (15), Madan Lal (17) and Syed Kirmani but West Indies team’s bowling attacks eventually overpowered them. Kirmani and bowler Balwinder Singh Sandhu stitched another 30 run towards the end, taking India to 183 in 54.4 overs before all the batters were back in the den.

Team Windies didn’t have an impressive start either as Gordon Greenidge was bowled for just one run.  The match then gained momentum and the team began to score. Desmond Haynes and Viv Richards made it seem like the Windies may slate a hat-trick. And  then Madan Lal gave team India, perhaps the biggest breakthrough when he dismissed Richards for 33, with Kapil Dev taking a stunning running catch.  Later, Roger Binny, Sandhu and Lal took wickets of Larry Gomes, Captain Clive Llyod and Faoud Bacchus. Following this, Amarnath dismissed Jeff Dujon and Malcom Marshall.

West Indies were at 124/8 and they could not recover any further. Kapil Dev and Amarnath, with their two final blows, ended their innings at 140. And thus, India, the underdog team in the  cricketing world then,  made history and won its first ever World Cup title.

Captain Kapil Dev accepted the trophy on behalf of team India. Mohinder Amarnath was awarded the ‘Man of the Match’.

Not having a coach during 1983 World Cup worked to our advantage: Kris Srikkanth