These stations under ECoR get ISO 14001:2015 Certification 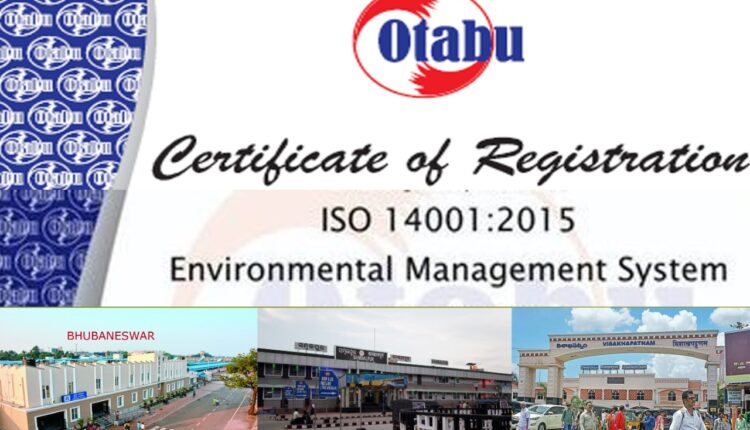 Bhubaneswar: The East Coast Railway (ECoR) on Thursday said 14 stations in its jurisdiction have been awarded ISO 14001:2015 Certification for Environmental Management System.

This certificate has been given to the stations to provide facilities to the passengers in a clean and green environment.

All these railway stations have higher class VIP lounges, waiting rooms, air-conditioned and non-AC retiring rooms and dormitories, refreshing areas, hygiene food facilities for passengers and other important provisions along with better cleanliness activities, ECoR said in a statement.

Apart from this, waste management including segregation and disposal of wastes had also been included in the ISO Audit.

In Khurda Road Division, the ISO Certificates have been issued to Bhubaneswar, Cuttack and Puri stations.

ISO Certificate were also issued to four Stations in Sambalpur Division. These are Sambalpur, Balangir, Titilagarh and Kesinga Stations.

Railways extends services of these trains till July 31

This apart, production units like Carriage Repair Workshop at Mancheswar in Bhubaneswar, Electric Loco Shed at Angul and Visakhapatnam and Diesel Loco Shed at Visakhapatnam have also been awarded ISO 14001:2015 Certification, earlier.

As per the direction of the National Green Tribunal (NGT) to adopt strict measures for waste management, ECoR awarded a contract for environmental management system to consultancy firm based in New Delhi for auditing the facilities at these stations.

ISO is an International Standardisation Organisation, which is responsible for setting standards in activities in various fields.

This agency had also audited mechanical cleaning, anti treatment, quality cleaning, chemical etc, to provide a hygienic and clean environment at the station. Efforts are also being made to get ISO certification for more stations under ECoR jurisdiction, the release said.

Cloth used by Sushant to hang self to undergo…

ECoR plans gifts for babies born on board Shramik Special…