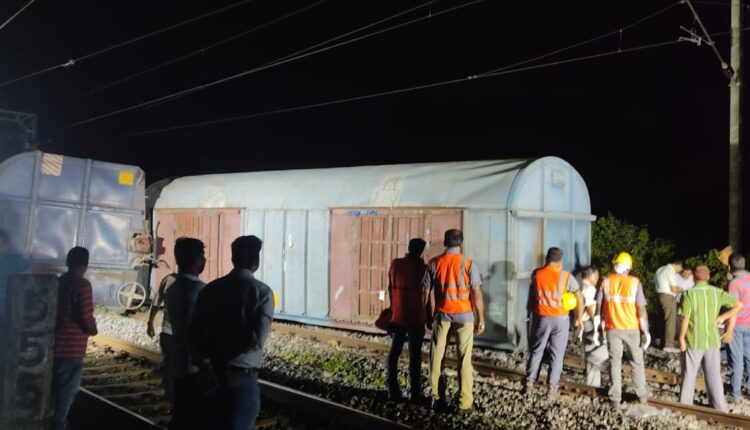 Even as the tracks have been repaired, two trains — Jharsuguda-Sambalpur passenger train and Rourkela-Bhubaneswar Express — have been cancelled.

While Puri-Indore Express has will run on Talcher route via Sambalpur, Rourkela-Gunupur Express and Dhanbad-Bhubaneswar Special departed from Sambalpur.

According to reports, four wagons of a cement-laden goods train derailed at 12 am near Sarla Railway Junction in Sambalpur. The train was en route to Sambalpur Railway Station from Jharsuguda.

On receiving information, the railway staff immediately rushed to the site and started restoration work.

Odisha: 5 pairs of special trains to be cancelled over…