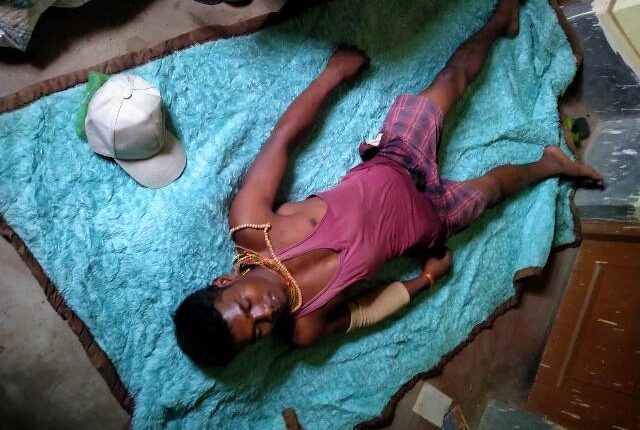 Keonjhar: In a bizarre incident, a thief after being exhausted at his work fell asleep inside a house while robbing it.

The incident occurred at Uchabali area under Tamaka police limits in Keonjhar district of Odisha.

The police arrested two robbers in the loot incident. The accused persons have been identified as Prashant Prusty (30), son of former Samiti member of the same village Lilabati Prusty and Braja Kishore Prusty, and Satyananda Das alias Chagulu (20) from Dhinkia village under Ghasipura police station.

According to reports, Suresh Kumar Sahoo, an official of the Steel & Mines Department of Odisha Government in Bhubaneswar resides with his family at Nuasahi locality of Uchabali area in Keonjhar district. He and his family were not at home in a last few days.

Taking advantage of absence of the family members at the residence, the robbers duo had targeted the house and looted everything for two days by breaking open the lock of the front gate on June 15 night.

On June 17 morning, one of the neighbours of Sahoo while plucking flowers noticed that the back door of the house was opened following which he immediately contacted the house owner about it.

In this regard, Sahoo informed the local police. When he and police reached the residence found Chagulu sleeping on the floor inside the house.

During grilling, Chagulu confessed to crime before police and revealed as to how they executed the loot plan.

Source said that Chagulu was engaged in packing the articles in different size of sacks and his associate Prashant Prusty, who was the mastermind behind it, was taking the valuables outside the house. Based on his information, police recovered the theft valuables from garden located at back side of the house, and arrested the mastermind following a raid on his house.

The duo was booked under sections 380/34 of IPC for the loot. As the court denied to grant them bail, they have been put behind bars as the undertrial prisoners.

Reportedly, Chagulu looted the house without rest for two days and nights. After robbery, the tired thief decided to take a nap and he slept inside the house after consuming cough syrup. The police found him sleeping on a blanket.

“The looters’ gang was active at the village. It is being heard that the members of the gang are robbing at the village under influence of a toxic item called ‘Corex’,” the house owner Suresh Sahoo told media while appealing to police to intensify night patrolling at the village.