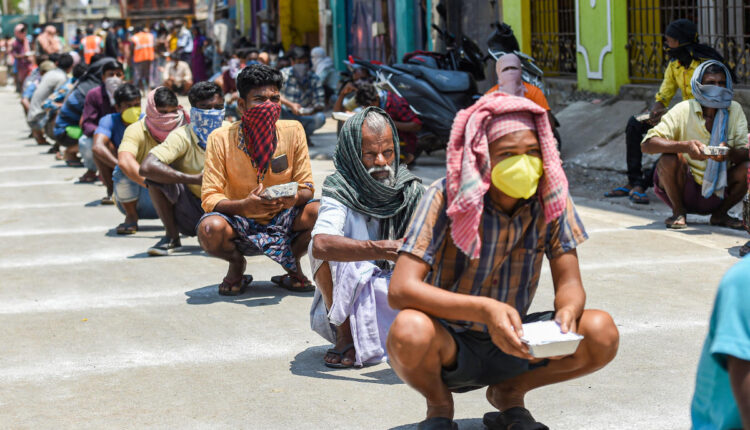 The month of July 2021 marks the 30th anniversary of the economic reforms launched by our then finance minister Manmohan Singh in his budget speech of 24 July 1991. It is publicized that, a looming balance of payments crisis pushed India’s leaders to embrace economic liberalization. But most of the countries that have embraced economic liberalization did not face a similar crisis.

India adopted under threat not voluntarily. Of course, the term reform means to change something in order to improve it or consisting of changes and improvements to the law, social system, or institution. ‘But so-called economic reform’ typically denotes the removal of restrictions or liberalise economy so that business house, corporate honchos can grow and maximise their profit even if it comes at the cost of others. But we have lost economic sovereignty. Our economy increasingly became more susceptible to global finance capital and vicissitude of the global economy as we opened the economy more. We have the right to open any sector but no right to close.

The proponents of liberalisation argue that the 1990-91 Gulf War had led to a sharp increase in oil prices and a fall in remittances from the Indian workers working overseas. This led to a sharp depletion in India’s forex reserves. With India’s foreign exchange reserves at $1.2 billion in January 1991and depleted by half by June barely sufficient to last for roughly 3 weeks of essential imports. India was only weeks away from defaulting on its external balance of payment obligations.

A burgeoning fiscal deficit of 8.4 per cent of gross domestic product (GDP) and a current account deficit of 2.5 per cent of GDP all added to the government’s woes. Double-digit inflation numbers also added to the burden of the common man. India’s credit rating was falling.

The present situation is no way better than that of the pre-reforms period. Except for foreign exchange problems, we see similar problems now. India recorded a fiscal deficit of 9.3 per cent of GDP in 2020-21. Public debt which has been stable at around 70 per cent of GDP over the past decade has exceeded 90% of GDP in 2020-21. The wholesale price-based inflation accelerated to a record high of 12.94 per cent in May 2021, on rising prices of crude oil and manufactured goods and India’s retail inflation rising to 6.30 per cent in the same period. Massive job losses are seen in different sectors of the economy and women and workers of the informal sector are the worst hit.

One may argue that this dreary economic situation is due to the corona pandemic that has disrupted the economy through a health crisis of gargantuan proportions resulting in supply disruption and demand compression. Actually, the Indian economy was in the doldrums, tenterhooks and tizzy before pandemic afflicting it. The GDP growth rate steadily fell from over 8.3 per cent in 2016-17 to 6.8 per cent in 2017-18, 6.5 per cent in 2018-19 to 4 per cent in 2019-20 before contracting by a massive 7.3 per cent in 2020-21.

The mismanagement and poor governance of the Indian economy are reflected, corroborated by certain facts and indicators. Consumer spending in India declined for the first time in more than four decades in 2017-18. The last time it had declined in 1972-73. An academic paper — written by Santosh Mehrotra and Jajati K Parida and published by the Centre of Sustainable Employment at the Azim Premji University revealed that the “total employment during 2011-12 and 2017-18 declined by 9 million”.

Nearly, 2.6 million jobs were lost every year between 2011-12 and 2017-18. The unemployment rate had touched 45 years high of 6.1 per cent in 2017-18. The rate was highest after 1972-73. The rural poverty increased with 3 crore people falling below India’s official poverty line and joined the ranks of the poor over the past six years.

What portends the failure of reforms is that the world’s highest number of poor and hungry people are in India. According to the Global Multidimensional Poverty Index (MPI) 2018, though 27.3 crore Indians moved out of multidimensional poverty between 2005-06 and 2015-16, India still had 36.4 crore poor in 2015-16, the largest for any country. Now pandemic has doubled the number of poor people.

The abysmal failure of present government to cope with covid-19 pandemic crisis with concomitant poor and dilapidated health infrastructure exacerbating the situation reveals how economic liberalisation have failed abysmally, India’s middle class shrank, poverty increased. A new Pew Research Center analysis finds that the middle class in India is estimated to have shrunk by 3.2 crore in 2020 as a consequence of the downturn, compared with the number it may have reached in the absence of the pandemic. This accounts for 60 per cent of the global retreat in the number of people in the middle-income tier (defined here as people with incomes of $10.01-$20 a day).

Meanwhile, the number of people who are poor in India (with incomes of $2 or less a day) is estimated to have increased by 7.5 crore because of the COVID-19 recession. China did not witness any rise in poverty. A recent study titled State of Working India 2021 — One year of Covid, documents the impact of one on jobs, incomes, inequality, and poverty by the Centre for Sustainable Employment (CSE) at Azim Premji University, presents a grim picture of post-Covid India.

According to the study, 23 crore people in India are now earning less than Rs 375 per day, signaling that tackling poverty could become the next big challenge for the country. According to CMIE’s report, 97 per cent Indian households witnessed the decline of their income in 2020.

It is publicized that economic reforms spurred economic growth, progress, and modernization in India. But it is never discussed how India extricated itself from the quagmire of an economic abyss, after independence by adopting a socialistic pattern of the economy. Certainly, markets boomed, many industrialists rejoiced, the size of the middle class increased, GDP growth was accelerated, per capita income went up more rapidly than before, life expectancy increased, infant and maternal mortality declined, poverty went down (though this was a starvation line).

But in terms of most indicators, the rest of the world did even better. In comparative terms, progress in India has been trifling or even non-existent. India has not only the highest number of poor people in the world but the highest number of hungry people too. India is in the ‘serious’ hunger category and around 19.9 crore Indians are hungry. India ranked 94 among 107 countries in the Global Hunger Index 2020 even behind Nepal (73), Pakistan (88), Bangladesh (75), Indonesia (70) among others.

According to the World Economic Forum’s Global Social Mobility Report, published in January 2020, India has been ranked a lowly 72 out of the 82 countries profiled and it would take 7 generations for a member of a poor family to achieve an average income. India ranked awfully at 77th out of 180 countries on an UN-backed sustainability index and 131st spot on a flourishing ranking that measures the best chance at survival and well-being for children.

Out of 189 countries, India has ranked abysmally at 131 on the Human Development Index 2020 prepared by the UNDP. India has been ranked 139 out of 149 countries in the list of UN World Happiness Report 2021. Pakistan is happier being placed at 105. According to the 15th Edition of Global Peace Index 2021 (GPI 2021) released by the Institute of Economics and Peace (IEP), India has been ranked 135 out of 163 countries, which specifies ‘Low State of Peace’.

Liberalization process has also increased corruption, frauds, and scams too as evident from Transparency International (TI)’s Corruption Perception Index (CPI). India has ranked awfully at 86th among 180 countries in corruption perception index (CPI) in 2020. From last year it has slipped by six places as it was ranked at 80. It means in term of corruption; India is ahead of 85 countries.

What is distressing is that growth has spawned rampant inequality and job creation was slowed down. The benefits of growth are clenched by few leading to impoverishment of the masses. According to the Oxfam report 2021, titled “The Inequality Virus”, from 2009 to 2020, the wealth of billionaires has increased by 90 percent to touch 422.9 billion dollars. Oxfam’s previous year’s report reveals India’s richest 1 per cent holds more than four times the wealth held by 95.3 crore people who make up for the bottom 70 per cent of the country’s population.

After Brazil, India is the second most unequal country with 1 per cent holding 49.6 per cent of the nation’s wealth according to Credit Suisse’s 12th wealth report. Extreme inequality stands as a great impediment to poverty reduction. The 2020 Oxfam inequality index, had also placed India at rank 151 in terms of workers’ rights and 129 overall out of 158 countries.

In the name of reforms, many anti-people, anti-labour, and pro-rich, pro-corporate measures are implemented. India has become servile and obsequious to US imperialism and multinational companies. The so-called reforms have been made pro-rich, pro-corporate. Reforms have been hijacked by crony capitalism. When IMF, World Bank advocate for taxing the rich, India avoids, but when they advocate, anti-worker, anti-people, privatization, India is quick to adopt. Actually, there is nothing called economic reforms. What is good for the US, becomes world order. But now public sectors are decimated; health, education, and other essential services are privatised making those unaffordable for the poor.

Reforms have spawned rampant consumerism, exacerbating the demonstration effect. Human being has become more selfish, insensitive, greedy, arrogant and immoral. Hedonism has replaced sacrifice leading to trust deficit, marital discord, and social instability. The obsession for growth has led to the rapid exhaustion of natural resources and environmental degradation. This threatens sustainable growth as natural resources are not unlimited.

It is not that we are against reforms. But reforms should be pro-people or people-centric but not profit-centric or pro-rich-centric. Economic reforms should give priority to improving the quality of lives which is viewed as multidimensional, encompassing emotional, physical, material, and social well-being. Government should not retreat, rather its interventionist role should be bolstered for better distribution of resources, welfare measures.

In his July 1991 budget speech announcing liberalization, erstwhile Finance Minister Manmohan Singh paraphrased Victor Hugo: “No power on earth can stop an idea whose time has come.” But ideas can only come of age in an environment conducive to nurturing them. Thirty years later. he recalls Robert Frost’s poem — ‘But I have promises to keep and miles to go before I sleep’. This is the reality today. Time is to put people first” in development processes and make reforms pro-people.

The author is an Odisha-based economist and columnist. Email; [email protected]