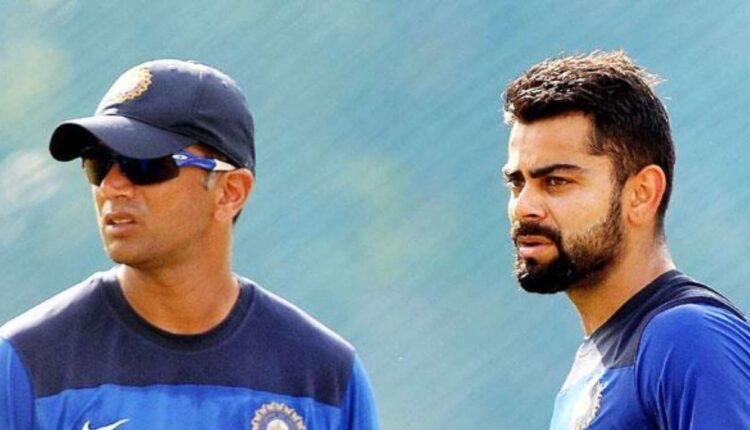 Bhubaneswar/New Delhi: Team India skipper Virat Kohli on Saturday said that he has ‘no idea exactly what’s happening’ when quizzed about the appointment of Rahul Dravid as India’s head coach after the ICC Men’s T20 World Cup.

Former Indian batting great and captain Dravid is all set to take over as India’s head coach after accepting the Board of Control for Cricket in India’s (BCCI) offer to succeed the departing Ravi Shastri.

I wouldn’t have been half the brand that I am today without India: Dwayne Bravo

“No idea exactly what’s happening on that front. No detailed discussion with anyone yet,” Kohli was quoted as saying by PTI.

Kohli was speaking during a captains’ press conference ahead of the T20 World Cup which is scheduled to begin from Sunday in the UAE and Oman.

Dravid, 48, has been the coach of the National ‘A’ and U-19 sides for the past six years. A lot of current Indian stars including the likes of Rishabh Pant, Prithvi Shaw, Shubman Gill and Hanuma Vihari have worked closely with the legendary cricketer.

Can Omicron affect children in India? Here’s what…