This MI squad is definitely capable of stacking up wins together: Zaheer Khan 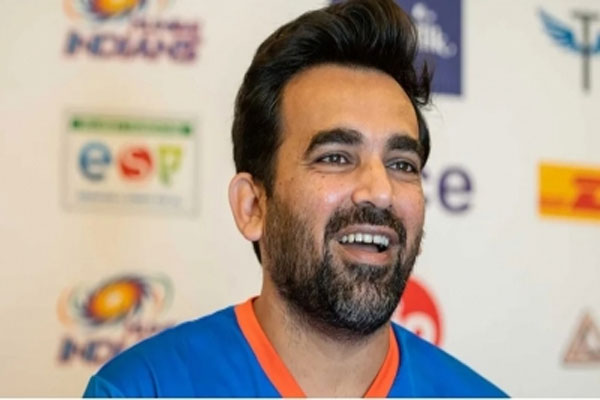 Mumbai: Mumbai Indians’ director of cricket operations Zaheer Khan expressed faith in his team despite the Rohit Sharma-led side still unable to open its account on the IPL 2022 points table, losing all seven matches they have played so far.

With the IPL season reaching the half-way mark and the five-time champions showing no signs of returning to winnings ways, Zaheer said that in terms of preparations and the capabilities, the side was second to none, adding that the boys could still “stack up wins together” and make a fresh bid in the tournament.

“When you speak about the squad and how they are looking, in terms of preparation and in terms of what their capabilities are, I have full faith in the squad,” Zaheer said ahead of the team’s next game, against Lucknow Super Giants at the Wankhede later on Sunday.

“That’s how I look at it. It’s a team; we are going to back each other through and through. I would say this squad is definitely capable of stacking up wins together, and that’s what I want to see in the remainder of the season, and that’s what we will be looking to achieve. Having said that, you don’t want to look too far ahead. You just want to look at every game, one game at a time.”

The former India pacer said that it was never easy to be in such a situation and the focus of the side would be to take each game at is comes.

“To be in this kind of situation is never easy. So for us, going forward, the focus is going to be very simple: take each game as it comes. The important thing is you go out there, and put your best to win the game of cricket. That’s something we are looking at achieving right now. When you keep things simple, you have to go out there and play a game of cricket, and when you are going out there to play a game of cricket, the only thing which is going to be in your mind is how you can win that game. So we’re going to look at the season like that.

“The result has not gone our way, but in terms of how we’ve gone about improving, it’s been good. So there are positives, but when you’re just looking at the outcomes, the outcome has not been there to showcase. So that has been the challenge of the season.”

MI are at the bottom of the points table while LSG, their opponents today, are fifth with eight points from seven games.