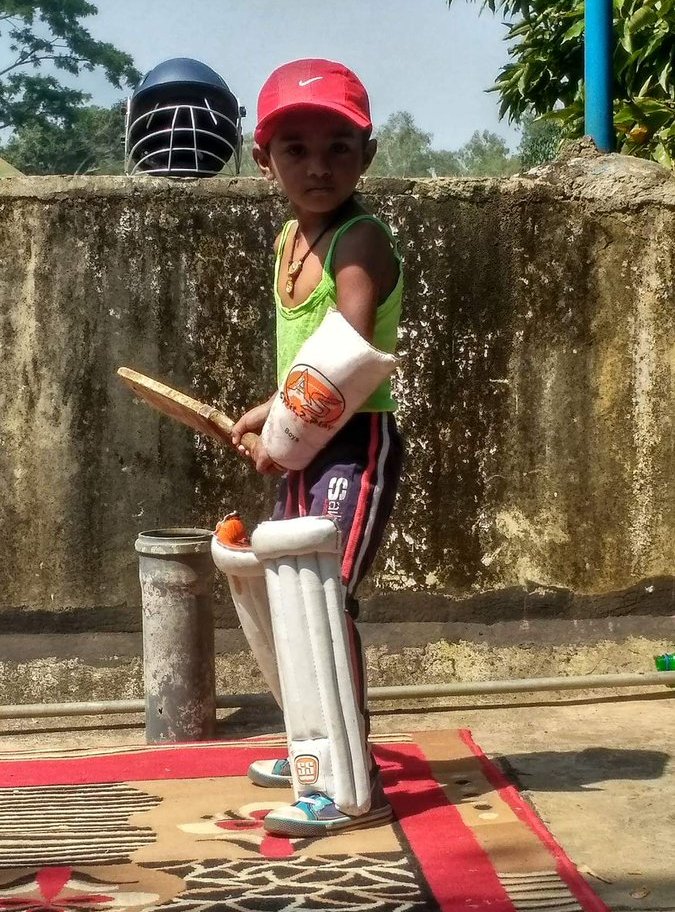 Bhubaneswar: Within hours, this Odisha toddler has become an internet sensation. Meet this 4-year-old girl who has taken the internet by storm since a couple of videos have been uploaded on social media.

Sudhruti Rout from Balasore has left people jaw-dropped after seeing her batting skills. She is nicknamed Mahi, as she is a diehard fan of Team India member and former ODI captain Mahendra Singh Dhoni.

Big things come in small packages. The toddler has all the shots typical to MSD and displays tremendous bat speed while playing a shot.

Female Cricket (@imfemalecricket) uploaded two videos on Twitter which got viral on the micro-blogging site.

This 4 year old girl will amaze you with her batting skills ?? she lives in a small village in Odisha and aspires to play for Indian cricket team one day ??? pic.twitter.com/F3xTphwzkc

The cricket bug bit her when she was only two-and-half-years old. Her father took her to watch Dhoni’s biopic. The game and the protagonist impressed her so much so that she too wanted to be seen on screen.

Yet another video of this 4 year old girl from Odisha, nicknamed Mahi ? because she is a huge @msdhoni fan. #MsDhoni @CSKFansOfficial @ChennaiIPL pic.twitter.com/GnkoQvsyxC

Sudhruti’s father, a former domestic cricketer whose career was curtailed due to sports injury, brought her a cricket kit. The MSD fan had two favourite pastime activities – watching MS Dhoni- The Untold Story and imitating the shots played by her idol.

The li’l Mahi has watched the movie over 100 times. Besides, she can identify the national and international cricketers in a jiffy.

The rooftop converted into a practice pitch with nets around is the place she is mostly seen.

We hope this child prodigy makes it to the professional arena and dons the Indian cap in future.