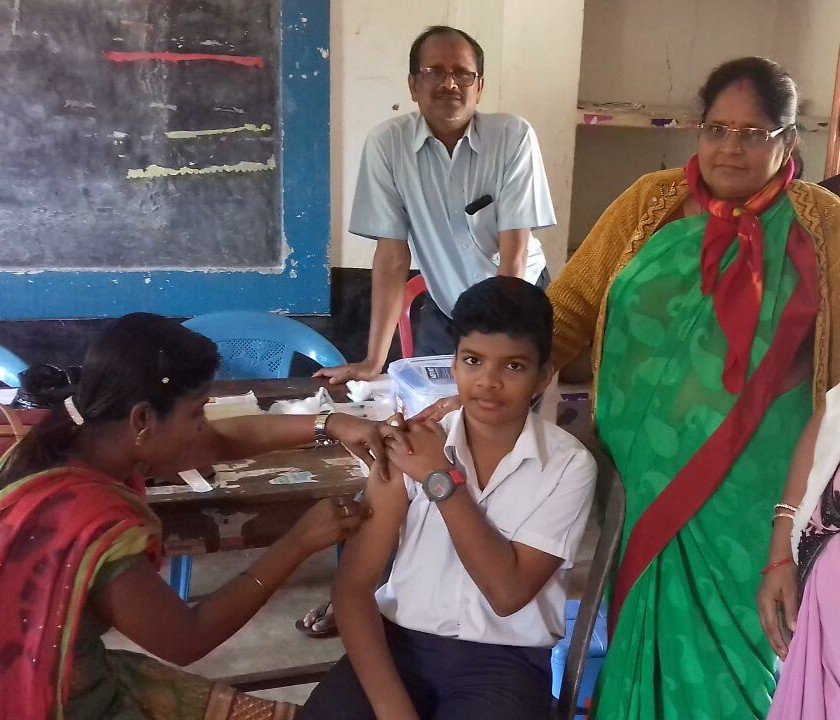 Bhubaneswar: Odisha’s singing sensation Satyajeet Jena has become the new face of Measles-Rubella (MR) vaccination campaign with UNICEF India tweeting a picture of him while being inoculated.

He was vaccinated at his school in Anandapur in Keonjhar district yesterday. The young singer appealed to parents support the campaign and protect their children from air-borne communicable diseases.

Odisha Chief Minister Naveen Patnaik had flagged off the campaign on January 29, which will cover around 1.13 crore children in the state.

The Health and Family Welfare Department of the Odisha government is also going gung ho with hashtag ‘No Child Left Out’ and different awareness campaigns.

Recently it posted the picture of Ganga and Jamuna from Kashipal Primary School, Sukruli, in Mayurbhanj district happily posing with their MR vaccination certificates and wished them a bright future.

Pictures of health workers carrying kits, tents, cooking utensils and items and moving in difficult terrains and cut-off areas of Malkangiri, ensuring no community and habitat is left out, is also doing the rounds on Twitter.

In Balasore, mothers are seen playing musical chair and participating in rangoli competition as their children are immunised.

Similarly, children of a school in Dhenkanal district presented a dance to create awareness and educate people on the same.

On the other hand, school students in different parts of the state have turned MR Warriors, taking out rallies with a resolve to make parents and villagers aware of the vaccination drive.

South Africa to field against India in 5th ODI