This why humans have shorter strides than chimpanzees 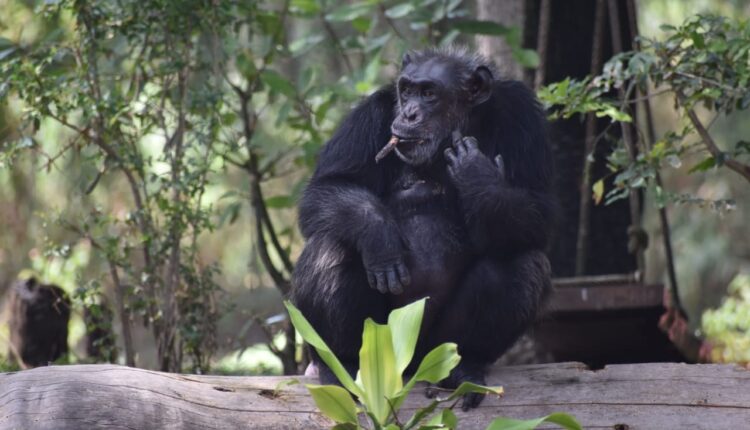 New York: Humans were thought to have the longest primate strides for their height.

However, a new study showed that chimpanzees take 25 per cent longer strides than we do, thanks to their swiveling hips, which rotate by as much as 61 degree every time they take a step to compensate for their crouched posture and shorter legs.

Compared with the strides of our closest primate relatives, even the tallest humans take relatively short steps.

“Standardised by size, humans really don’t have long strides,” said Nathan Thompson from the New York Institute of Technology, US.

However, until recently, most scientists believed that the human stride was relatively long for efficiency; “this is taught in almost every introductory class and textbook,” Thompson said, explaining the misconception only became truly apparent when he began delving into the literature.

To understand, the team decided to compare chimps and humans walking over a range of different speeds. They filmed the animals in 3D as well as reconstructed the human’s stride pattern and hip motions in 3D.

Then the team scaled the humans down to the size of the chimpanzees and found that although the human legs were proportionally 112 per cent longer, their strides were 26.7 per cent shorter.

The chimpanzees swivel their hips between 28 and 61 degrees in contrast to the humans, which twisted their pelvises at around 8 degrees.

Further, they found that the swiveling hips extended chimps’ stride 5.4 times more, than the human’s diminutive swivel. The findings are detailed in the Journal of Experimental Biology.

“I think that chimpanzees use pelvic rotations to try to squeeze every bit of stride length out, otherwise their strides would be — absolutely — very small,” said Thompson, explaining that apes and monkeys tend to walk on crouched legs that naturally shorten their stride.

On the other hand, one reason why humans ditched swiveling their hips could be that extreme rotations of the hips could throw out the natural swing of our arms and legs — which counterbalance each other — forcing our muscles to work harder and making walking less efficient; a price that simply might not be worth paying for an increased stride length, Thompson noted.

We have worked hard for twenty years and will not go back: Afghan women’s rights activist