Bargarh: A youth from Odisha, who died after self-immolation during massive anti-Citizenship Amendment Act (CAA) protests in New Delhi, had hurled shoe at Chief Minister Naveen Patnaik during an election campaign last year in Bargarh district.

The deceased has been identified as Kartik Meher, a resident of Budhapali village near Padampur area in Bargarh district. 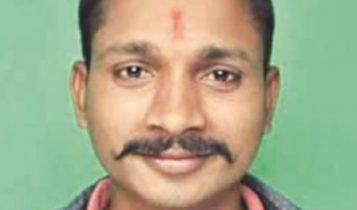 According to reports, Kartik had set himself on fire in front of India Gate during protest by various organisations demanding withdrawal the controversial new citizenship law on December 18 in New Delhi. He was admitted to the Dr RML Hospital for treatment with 90% burn injuries.

However, the 25-year-old Kartik Meher was not connected to the anti-CAA protests, Delhi police had clarified earlier adding that he was said to be mentally unstable.

Even a spokesperson of the Union Home Ministry had said that the self-immolation by Meher was not linked to protest against the amended citizenship law.

His last rites were held in New Delhi as his family had failed to bring his body to native place in Odisha.

However, Delhi Police is yet to communicate with its Odisha counterpart officially regarding death of Kartik so far, informed Padampur SDPO Pradip Kumar Sahu.

Earlier, Kartik had drawn media attention after he hurled a shoe at CM Naveen Patnaik while the BJD Supremo was addressing a public meeting at Kumbhari village under Barpali block in Bargarh during Bijepur bypoll in 2018.