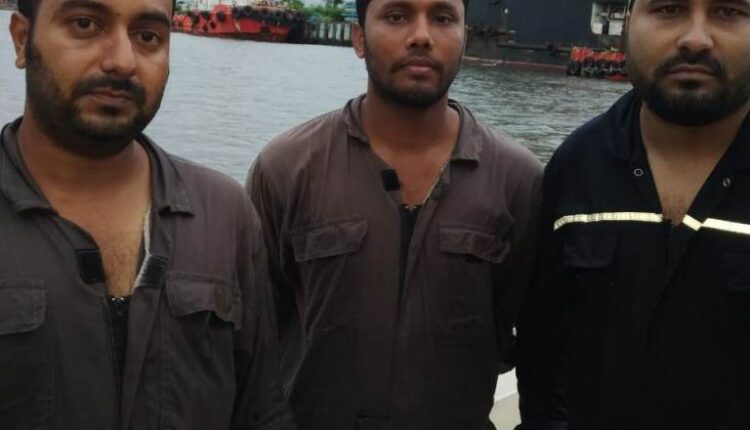 Paradip: Timely steps taken by the authorities of Paradip Port saved the lives of three Bangladeshi sailors today afternoon. After the three Bangladeshi crew members of ship Ocean Century along with their rescue boat fell into the sea, the Marine Rescue Team of PPT launched an operation and rescued the three sailors from the grave danger.

With the help of the Port Patrolling Craft and Tug Boat, the Marine Rescue Team rescued the Second Engineer, Third Engineer and Electrical Engineer of the ship.

They were brought to the PPT hospital and their condition is stated to be stable.

The mishap occurred when the Malta Flag bearing Ocean Century was awaiting at the PPT Anchorage Point for iron ore loading.

Later the rescue boat was brought from the deep sea to the PPT Harbour.