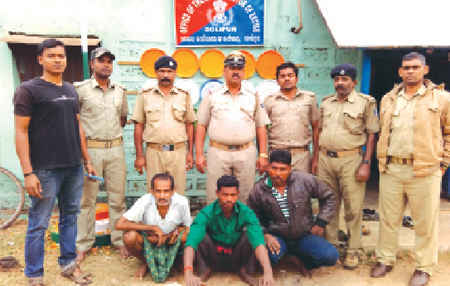 The arrested have been identified as Brudha Netroschaba Mohanty (62) of Pahanga village, Bichitra Dhal (40) of Brahmani village and Kailash Chandra Dalai of Naudipur village.

Excise officials seized 10, 16 and 12 bottles of Indian Made Foreign Liquor (IMFL) respectively from their possession.

They were forwarded to court under Section 47 (a) of Bihar Orissa Excise Act, 1915.

After cancellation of their bail plea at Jajpur Road court of Judicial Magistrate First Class, the arrested have been sent to Ragadi Sub-Jail in the district.