Three elephants killed after being hit by goods train in Odisha 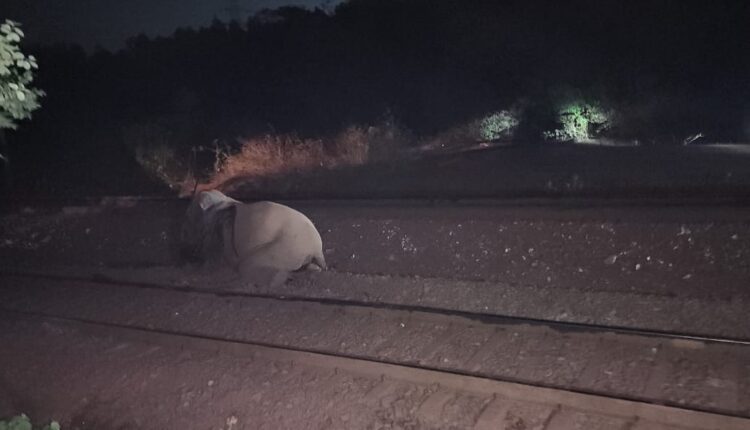 Keonjhar: In an unfortunate incident, three elephants, including two calves succumbed to injuries after they were hit by a freight train near Bansapani under Joda Forest Section in Champua Range yesterday.

As per reports, a herd of 22 elephants were crossing the Bansapani railway line at around 7.30 pm yesterday, when a goods train hit them leaving three of them critically injured.

While one of the injured calf died last night, another calf and a female elephant succumbed to injuries early this morning.

As per Joda forest officials, though they reached the spot soon after getting information about the mishap, they failed to provide treatment to the injured elephants as remaining 19 pachyderms did not move an inch from the spot following the accident.

When contacted, Keonjhar DFO Dhanraj HD said, “The Forest Department had information regarding presence of a herd in the said area, following which concerned officials had kept a strict vigil on movement of the pachyderms throughout the day. As the Railway Department was also informed about the same, the train’s speed had not exceeded 25 kmph, when the accident occurred last evening. The mishap took place due to extreme darkness.”